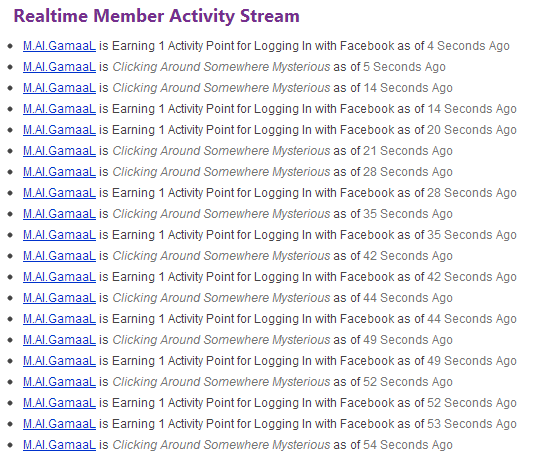 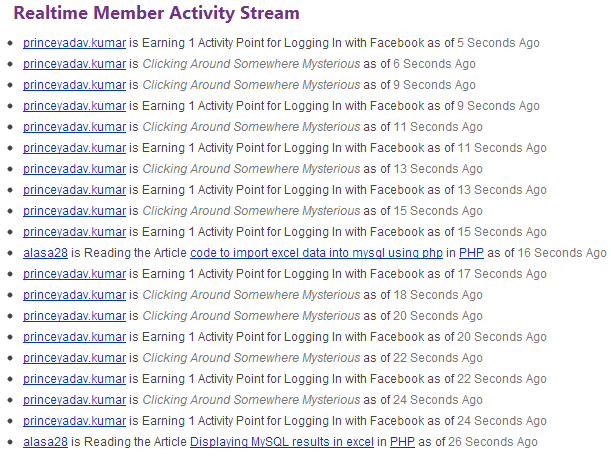 Is this considered to be "normal"?

Edit:
I noticed that while composing this post, I couldn't remove attachments I added.
The remove option was available only in edit mode, after I posted.

How often do you see this?

I've observed that a couple of times up until now, I didn't make a screenshot for each of these though.
What is perhaps noteworthy is that these screenshots were taken with approximately one week of time in between.
It seems like sometimes the whole stream gets filled up when somebody signs in using Facebook, and sometimes only one line is displayed, so I have observed both cases.
I guess that the correct behaviour is the one in which only one line is displayed for a Facebook login event?

P.S. Have you read the edit on my previous post?

Someone logs in via facebook about once every five minutes around the clock, so if you had to wait a week for these screenshots, it's going to be nearly impossible to debug.

It might just be the small % of people who had the Facebook OAuth 2.0 process take too long for them, so they kept manually hitting the refresh button.

Based on the statistic of someone logging in via facebook every 5 mins, this would need to happen at least once or twice an hour to be considered something that I could even potentially look into.

Here's one that occured a couple of minutes ago: 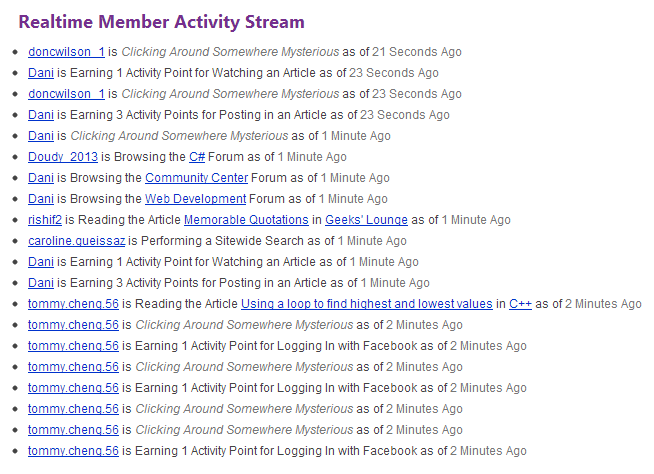 The screenshot does not show the whole filled up member stream, most likely because I noticed it a bit late. (I'm not watching it realtime ;))
But I think it is pretty safe to assume that it occured again.

Here's another occurence, happened approximately at about the time of writing this post: 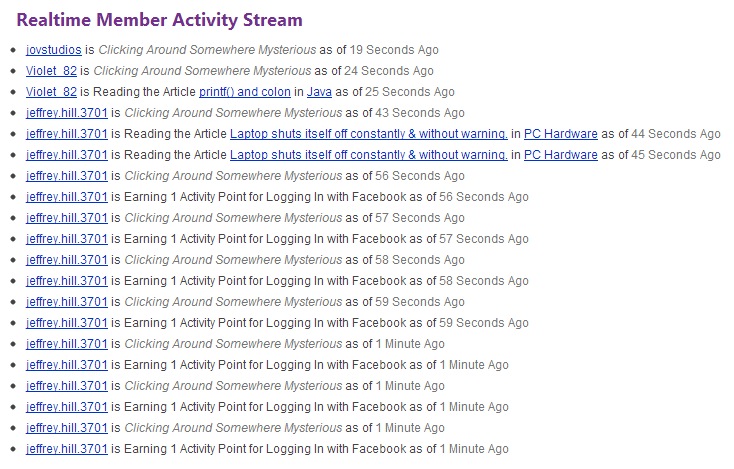 Edit: I started this thread one hour ago, and I observed it three times. Something worth looking at? You have a member, according to the top stats page, that generated 2,675 points in the last 24 hours, having no posts... only Facebook Logins.

Yeah, this bug is being a pain to track down because I can't duplicate it. :(

Instead of tracking down the source of the bug, why not just filter it for now. When you go to add login points, skip the increment if the login occurred within xx minutes of the last login.

<sort of irrelevent aside but an example of "real world" fixes>

On our old AGC/SCADA system from Westinghouse (in service 1983-1998) we had a problem with the display generators (DG). They were (like everything else in that system) custom designed. They would occasionally get into a funny state. All operator console displays would be replaced with "CRT REINITIALIZED" and if the DG reset button in the computer room was not pressed within 30 seconds the entire system would shut down. We always had a backup system running standby which would reboot from backup to online in the event of a failure but that process took over five minutes and on a realtime system controlling billions of dollars of equipment, any outage was a thing to be avoided. Westinghouse coould not find the source of the problem so one of our more ingenious technicians created a work-around. Essentially it was a mechanical finger (a relay) which was triggered when the CRT REINITIALIZED code ran. It automatically did the DG reset.

So sometimes when you can't fix a problem you just have to do something to compensate. That's not ideal, but that's life.

Edited 7 Years Ago by Reverend Jim
Related Topics
Not what you need?
Start New Topic
Topics Feed
add_comment Reply to this Topic