Have been trying to change my profile pic via the community profile update avatar option. I keep getting told that 'The image you are attempting to upload doesn't fit into the allowed dimensions.' However, there is no clue as to what the allowed dimesions might be. The one I'm trying to upload has been sized down to 490x653 (171kb) and I can't recall what the limits previously were, will keep trying smaller and smaller - but thought it might be an idea to flag the max size in the error message that is thrown up.

daniweb profiles ui
peachyessay commented: I'm trying to send a reply. But seems like I don't know how. +0

Shanawar500 commented: Yes I face the same issue when I create the profile and your suggestion were really helpful +0

I'll make this more clear in the future. Currently on vacation for Thanksgiving break.

same issue here but the next morning i tried it again & some how it's work. maybe the forum is just lagging

I'm getting the same thing on my Profile image and I haven't been in here for 10 years.
I joined 10 years ago but didn't really use it!....wonder why!?, lol
Now I remember!, lol . Here's a question I asked 10 years ago...."Why hasn't anyone from Daniweb answered this question? That's rhetorical kinda sarcastic question." LOL

So sorry ... I never updated the wording. Thanksgiving went into the Holiday season and then New Years. I'll do it soon, I promise.

CPerron, maybe that's why no one answered you? :-P

Dani, just call your Web Developer and ask what the dimensions are, or give me the number and I'll do it!

Or you could install ImageMagick and if the uploaded image is too large it could automatically resize it. That's what I use to auto-resize/shrink images when I email them. It's a simple one-line command.

Edited 1 Year Ago by Reverend Jim
rproffitt commented: ImageMagick is indeed a powerful tool. Makes quick work of many tasks. +0
CPerron commented: Command Prompt!? So, you're saying that ImageMagick knows the size that Dani Web's image rendering is and whether the image is smaller or larger image +0

Dani, just call your Web Developer and ask what the dimensions are, or give me the number and I'll do it!

Sorry for taking so long to reply. I am, of course, DaniWeb's web developer, having written the platform from scratch.

We do use image processing libraries such as GD or ImageMagik to resize avatars that are uploaded. However, due to PHP limit constraints, we don't have the resources to take a super high resolution image, for example, and shrink it down to 80 pixels. It looks as if the limitations to upload an avatar are 5120x4096 pixels and not larger than 1MB. Allowed file extensions are .gif, .jpg, .jpeg, and .png.

Davey, can you please send me the original file that failed upload, so I can investigate what might have been wrong with it?

Just a shot in the dark here. Some older code would not work if the image size wasn't multiples of 8. You can guess why. That code is still out there floating around. I only share this as I think last year I ran into once again.

It was this one Dani (well, not this exact one as I resized that image down until it worked - but this one is resized down from the much larger image in exactly the same way as I did with the image that failed) 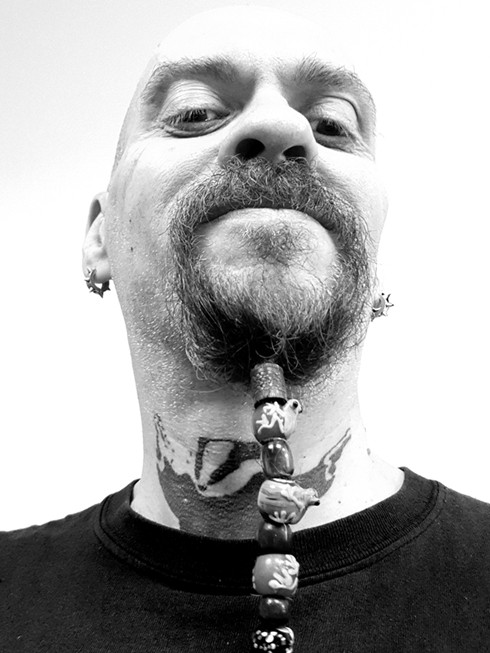 I have just joined Deniweb. I tried the diemnsion mentioned above. It didn't work out for me :(

Edited 1 Year Ago by JohnLows

You got the same error message? Argh!

I'll follow up with this in about 2 weeks. This week, my friends (DaniWeb's designer and his family) are staying with me from Argentina. Next week, I'm moving.

Reverend Jim,
Command Prompt!? Are you running Linux?
Why on Earth would anyone put themselves through the extra work of using a command line graphics editor. I run Paint Shop Pro, Adobe, Inkscape and Gimp. ImageMagick has a GUI reminisent of Windows Paint. Not to mention after the install... the first dialog box instructed me to test in a command prompt. I had to open my file manager... go to the ImageMagick images directory. Then copy and paste the path into the command promt and then enter the test parameters. And I got and error message to boot! It seems the only benefit is that it can work with giga and tera files but I have a friend who a sign maker and he has never had to work with giga and tera sized files. But to each his own
Now, based on the way you said... "Or you could install ImageMagick and if the uploaded image is too large it could automatically resize it. That's what I use to auto-resize/shrink images when I email them. It's a simple one-line command."...So Reverend JIm, What you basically said is that...ImageMagick knows the size that Dani Web's image rendering requires and whether the image is smaller or larger it will auto resize to that specification? Is that correct? Because I though it was going to be a breeze. It's not!
First and foremost to use command line a person has to be a damn good typer and fast too. Few people are. Lastly my graphic apps will do anything Imagemagick will do and probably more...without all the typing. But thanks anyway.
Best Regards,
CPerron

Why on Earth would anyone put themselves through the extra work of using a command line graphics editor.

I also have Paint Shop Pro but there is a very good reason to use the command line. It's not extra work. It's less work. When I email pictures I never send them full size. I always downsize them to a standard width to minimize bandwidth. My photo viewer app is FastStone Viewer and I have it set up so that when I select one or more images then press ALT-2 it runs an ImageMagick command against each image to do a resize into a specific folder. So I can resize an arbitrary number of images all at once with ALT-2. Can you do that with PaintShop Pro, or any other software?

Not true. I've been coding for almost 50 years and my typing speed is not that impressive. I also never learned to touch type. Speed isn't as important as accuracy. You just have to play around until you get the parameters right then package them up in either a script or a macro.

Here's another example. Years ago a friend came to me with almost a thousand GIFs of one panel cartoons. Each cartoon had a black border but each cartoon also had a lot of extra white space around the outside of each border. The size of the white space varied from image to image. He wanted to know if there was a non-manual way to auto crop every image. Using command line tools I was able to write him a script which detected the edges of each image and cropped accordingly. Would you rather have edited each one by hand in PSP? It took me an hour or so to write the script and each image was precisely cropped.

Did I forget to follow up with this after the move?

I thought it was all done, certainly I had managed to update my profile photo months ago so haven't revisited it since...

Oh, I thought you were only able to update your profile pic via the workaround where you had to keep shrinking it down in size until it finally worked. I forgot whether or not I fixed the issue here. If all is good, I’ll mark this solved.

Ah. I did just keep going until I found a size that worked, I don't think I revisited it after that - so could very well still be an ongoing issue. Let me try and update it again now and see what happens...

...Nope, still the same. I get a red error dialog telling me the image is too big but without giving any indication of what the size limit is.

Now there is no error message at all, but next to the 'choose file' button it just reverts to 'no file chosen.' and doesn't update.

Incredibly strange. I was just able to upload a random selfie from my phone. According to the interwebs, the iPhone X Facetime camera is 3088x2320. I then was able to reupload my previous avatar while on my desktop.

It was the old clear cache problem again. Cleared the browser cache and I can see that the image has been updating fine. Doh!