The head of the UK MI5 intelligence agency, Jonathan Evans, has this week warned that the London 2012 Olympic Games "present an attractive target for our enemies and they will be at the centre of the world's attention in a month or so". But most of the concern, and indeed the advice being doled out, is aimed squarely at the physical terrorist threat to the games. DaniWeb has been finding out what threats there are surrounding the 2012 Olympics from an IT security perspective. 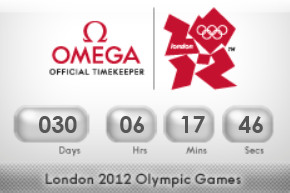 Although the physical threat does, in fact, cross over into the world of IT (at least hypothetically) with the possibility of a state sponsored hacking or malware attack on critical national infrastructure such as electricity supplies, the reality is likely to be less James Bond and more mundane in approach.

David Emm, a Senior Regional Researcher for Kaspersky Lab, has warned that cybersquatting of domains with similar sounding names to Olympic sponsors or official sites is a real danger. Not just from the driving traffic away from legitimate sites side of things, but also for the setting up of fraudulent phishing scam sites. "Cybercriminals entice people to visit a fraudulent web site that, at first glance, appears to be the legitimate site" Emm explained, adding "this could be used to sell bogus tickets, or simply to trick people into entering personal information".

We've already seen plenty of online ticket scams, many taking the SEO-poisoning route and using ads on Google and other high traffic sites to pull in victims before the scams are discovered and the adverts removed. With ticket availability remaining at a premium now the official lotteries for allocation have finished in the UK, these kinds of scams are expected to ramp up in the weeks remaining before the start of the games and reach a crescendo as star events such as the mens 100 metres final approach.

Then there's hacking to worry about "like any well-known organisation, there's the potential danger that some people might try to hack web sites associated with the Olympics" says Emm "not necessarily for financial gain but as part of a hacktivist campaign".

Perhaps of more concern to your average visitor to London for the 2012 Olympics though is the Wi-Fi network threat. Using unsecured wireless networks and free hotspots could be a major danger in the coming months. "Using an unknown, untrusted Wi-Fi network, it's possible for someone to intercept any data you transmit" Emm warns "so if you're using a laptop or tablet, make sure you have a secure connection by always using 'https' and use a unique, complex password for every online account."

it is very important that we keep our security tight for the people who will come to visit olympics.

This is a right action. An event will flow smoothly if it has a good security.