Did the US military just hack North Korea?

It has been just over a month now since North Korea gloated about its successful nuclear weapon test. A test which prompted the imposition of new UN sanctions against Pyongyang, and if the Korean Central News Agency (KCNA) which acts as a state mouthpiece for the Democratic People's Republic of Korea is to be believed, it has also prompted "intensive and persistent" cyber-attacks. Attacks, according to the North Koreans, which have been jointly launched by South Korea and the United States. 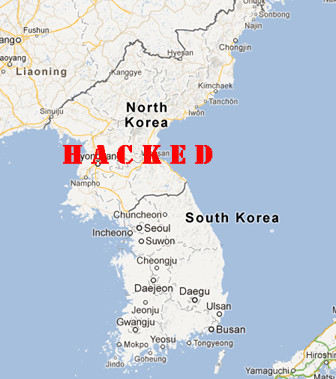 The KCNA claims that the attacks, which are believed to have taken down official state websites such as KCNA itself, were targeted to coincide with the military drills by the US and South Korea. Calling the attack cowardly and despicable, KCNA went on to insist that the "US and South Korean puppet regime are massively bolstering up cyber forces in a bid to intensify the subversive activities and sabotages against the DPRK". The KCNA statement went on to claim that "intensive and persistent virus attacks are being made every day on Internet servers operated by the DPRK".

It's not only the KCNA which is reporting that cyber attacks have been launched against the North Korean state. In Russia, the Ita-Tass news agency has also claimed that some official North Korean websites were disabled after servers were brought down during a "powerful hacker attack".

Of course, it is perhaps a little hypocritical that North Korea should be complaining about being the victim of state sponsored cyber attack when it has long been thought to be engaging in exactly the same thing itself. Not only have defectors to the South insisted that North Korea has recruited thousands of hackers to become part of a 'cyber warfare unit' similar to the Third Department of the Chinese People's Liberation Army (PLA) which is thought to have a specialist hacker section known as the 'Comment Crew'. Indeed, back in 2011 The Economist magazine reported how North Korea had hired out 30 elite programmers to a criminal group working out of China in order to steal millions of dollars from South Korean online gaming companies. This kind of state sponsored corporate crime is different to the normal cyber-warfare disruption tactic, and is designed purely to make money.

According the The Economist the hackers netted some $6m, and this "is understood to have gone ultimately to the so-called Office 39, a department of the North Korean government responsible for earning foreign currency through illicit means, including drug trafficking" in order to get around the international sanctions which have made it so hard for North Korea to earn foreign currency. Not that the North Koreans are ignoring traditional cyber-warfare tactics, with that same report recounting how South Korean government websites have been crippled by DDoS attacks.

Jarno Limnell, a doctor in military science and also director of cyber-security for Stonesoft, warns "It’s an increasingly tense situation, and from a regional security point of view it’s important for America to be seen to be flexing its muscles. In cyber warfare, offense is typically a step or two ahead of defence. There is no such thing as a cast iron defence strategy when new threats and exploits emerge continually. As such, it is essential that sometimes the U.S. candidly communicates the power of its offensive capabilities as a deterrent. Akin to the scenario of mutually assured destruction at the hands of nuclear weapons during the cold war, the threat of vastly destructive retaliatory cyber capabilities is a powerful deterrent for prospective enemies and rogue states."

please learn the difference between "its" and "it's"

Edited 8 Years Ago by happygeek

Well done, I knew you could do it

At least you got the capitalisation right on that one, but you still seem to be having trouble with the punctuation.

@happygeek - You missed an apostrophe? The horror. Obviously that totally invalidates all of the other content. Good thing there weren't further errors or I might have had to equate you to Hitler (because, as you know, some of Hitler's writings contained typos).

Sorry. I accidentally turned on Fox News and it takes a while to detox.

Funny thing, I'm always confusing it's and its but only in verbal communication. Never in writing.

Did the US military just hack North Korea?

Indeed, back in 2011 The Economist magazine reported how North Korea had hired out 30 elite programmers to a criminal group working out of China in order to steal millions of dollars from South Korean online gaming companies. This kind of state sponsored corporate crime is different to the normal cyber-warfare disruption tactic, and is designed purely to make money.

That is very interesting. 30 elite. It sounds like they are in the military and train to hack servers. That is really serious what they did.

I think nothing would happen in Korea Island.