A week may be a long time in politics, but 18 months is an absolute aeon as far as computing is concerned. Back in October 2010 here at DaniWeb I was posing the question of whether the newest Amazon Kindle could be an iPad killer and came to the almost inevitable conclusion that as far as reading books was concerned, then yes it was. Soon that boot could be on the other foot with ongoing rumours that an iPad Mini will be on sale in time for the seasonal rush at year end, backed up by what are claimed to be 'engineering prototype sample' photos published this week. Can the iPad Mini actually be a Kindle Fire killer? 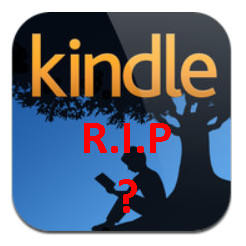 The iPad Mini would, if the rumour machine and those leaked prototype photos prove to be genuine, measure around 213mm x 143mm, compared with 185mm x 241mm for the iPad 3. With a 7.85" display and an expected price tag in the $200 to $300 ballpark, the iPad Mini would not only be competing with Google Nexus 7 but perhaps more pertinently as far as this article is concerned, also with the Amazon Kindle Fire. At this price point don't expect too many bells and whistles, so no high definition retina display for starters and both the camera count and storage capacities are likely to suffer as well when compared with the iPads we have today.

Why would Apple even consider such a device, given that it already dominates the tablet marketplace with a premium-priced product? That one is easy to answer; there's a growing high volume and low cost market that competitors such as Amazon and Google are moving into. Apple could fear being left behind not only in that emerging consumer market, but also in the premium tablet space as people both downgrade to smaller devices and upgrade from them to premium versions of the hardware they know.

Of course, it's all speculation at the moment and Apple has made no official (or even off the record and under the table for that matter) statements regarding such a device. The late Steve Jobs even went as far as to dismiss a smaller iPad as being impractical and cited 7" tablets as having no place in the market back in 2010. But Jobs is sadly no longer with us, and the new man in charge, Tim Cook, may be looking to stamp his personality and authority on Apple with a move in just this in-between an iPhone and an iPad space.

From the eBook reader perspective alone, an iPad Mini makes good sense. The smaller size, and lower weight, are both important factors to many when considering an e-reader purchase. Many complain that the iPad is simply too big to be a practical digital book, and I was one of them in the past. However, having been forced to give up my Kindle due to a sudden loss in visual acuity this year, I have been using an iPad 2 as an eBook for some months now as the Kindle app (unlike the Kindle itself) allows me to change the font size and colour/contrast ton a degree which enables me to be able to read comfortably. During this time I have not once found my arm turning to jelly due to the weight of holding the iPad, probably because in practise you end up propping it up on your knee or lap, despite mine having the added weight of being enclosed within a Kensington KeyFolio Pro 2 keyboard case (see the DaniWeb review here) that adds considerably to both weight and overall thickness of the tablet.

Battery life has always been one of the areas where the Kindle wins out, hands down, over the iPad and I cannot see that changing much with the iPad Mini. A smaller, less demanding, feature-reduced iPad may come with less in the way of power requirements but it will never be able to compete with an e-ink screen in terms of power consumption but that's not the be all and end all of an e-reader. What does matter is the availability and cost of the library of books you can choose from, and both how and where those books can be read. Kindle has the undoubted advantage when it comes to the library factor, but that's totally separate from the hardware required to access your books from within it.

My Kindle library is kept in the cloud, yet I have downloaded copies of those books to my laptop, my iPhone and my iPad. The Kindle app is something of a double-edged sword for Amazon, enabling the brand to establish itself as the digital book reading technology of choice but at the same time allowing those book readers to choose to move away from the Kindle hardware platform with ease.

New devices such as the Kindle Fire have looked to provide reasons to stay with the Kindle hardware platform by offering the colour touchscreen experience, music and apps all wrapped up in small tablet format. But by so doing, Amazon has once again somewhat shot the Unique Selling Point in the foot: e-ink is no longer there to differentiate the Kindle from the competition.

Remove e-ink from the hardware equation and it becomes much harder to see why you should choose a Kindle over an iPad or an Android tablet for that matter. Remove the e-ink and that battery life dwindles, the screen reflectivity issues come to the fore, the 'just like a real book only better' argument drops dead to the floor.

Back in 2010 I wrote that the Kindle had "become what the iPad could not as far as the e-book hardware market is concerned: a game changer" and while I don't think the iPad Mini will be quite so revolutionary in terms of fit for purpose technology, I do think it will be a game-changing moment as far as Amazon and any plans it has to continue dominance of the e-reader market with the Kindle Fire are concerned. I'm not claiming that e-ink is dead in the water, nor the original Kindle format for that matter, far from it. If you are looking for a device that lets you read books then, for most people most of the time, the Kindle remains King. But if you want a device that does other things as well as making reading books a perfectly pleasurable pastime, then the Kindle Fire could find itself extinguished by the iPad Mini.

Interesting. I never thought the Kindle would catch on. The wife is a bookaholic and would get through 3 paperbacks a week. She loves books. So a Kindle would be a betrayal, or so you would think. Fortunately I didn't think about all this when I bought her one for her birthday 2/3 years ago. She hasn't put it down since and I no longer have to consider upsizing to a new house to contain our growing library.

Another aspect of the Kindle is the incredible service. She's on her third Kindle as the first two crapped up (probably through misuse!). They dealt with the issue quickly and we received a replacement within a couple of days. No hassle, no qualms. You just had to send back the damaged one within 30 days - freepost. Would Apple be able to offer a similar service?

So will iBook or whatever they'll call it make a great splash? It probably won't be innovative. It won't have e-ink. It won't be a smaller (does as much as an) iPad. So what's the point?

Will it have free 3G, so that you can download new books in a few seconds even when abroad - or will it demand an internet link?

I don't have a Kindle, but I can download books to my Android HTC phone and laptop. I've read maybe two e-books in 2 years, whereas I've read about a 50 physical books. Call me odd, but if I have a device to allow me to read a book, that's pretty much all I want it to do. I don't want it to bother me with texts, emails and calls. I don't want it to distract me with the thought of playing a few racks of Miniclip's 8-Ball Pool every half hour. Colour? Who needs colour? They're words on a page FFS.

Ah, but the whole e-ink thing is irrelevant if the iPad Mini is competing with the Kindle Fire which also has no e-ink.

Forget iBooks, it's a dead duck in this argument. Apart from a few magazines, everything I buy and read on my iPad is via the Kindle Store and the Kindle App.

Forget the free 3G red herring as well, the point is that if you are buying an iPad Mini then you will have connectivity (I've got great all I can eat data via Three on my ipad as well as WiFi) and what you are actually getting 'for free' is the eBook reader itself. I doubt anyone will buy an iPad Mini just to read books, but if it is priced the same as the Kindle Fire and does a whole lot more a whole lot better, why would anyone in the market for that particualr device not buy the iPad Mini instead?

i think it is a personal taste question. apple ipad mini will definitely rule.

Apple is still the leader in consumer satisfaction for it's devices.
It's the first time I am reading a post where Kindle fire is compared with iPad.
It depends on people's choice which device they prefer to pick, but for me iPad mini will be a better device from Kindle fire in every perspective.

Edited 9 Years Ago by Daniel Jones

I think that they are so different. My choice is iPad.