A Day at Comic-Con NY

Following in nerd tradition, I went to Comic-Con at the Javits Center in NYC this past Saturday. I consider myself a Trekkie (TNG and Voyager) and, while I'm not a comic buff, I do love all of the TV-based Superman shows (The Adventures of Superman, Lois and Clark, Smallville, etc.) I'm also a fan of sci-fi series' such as Heroes, etc. 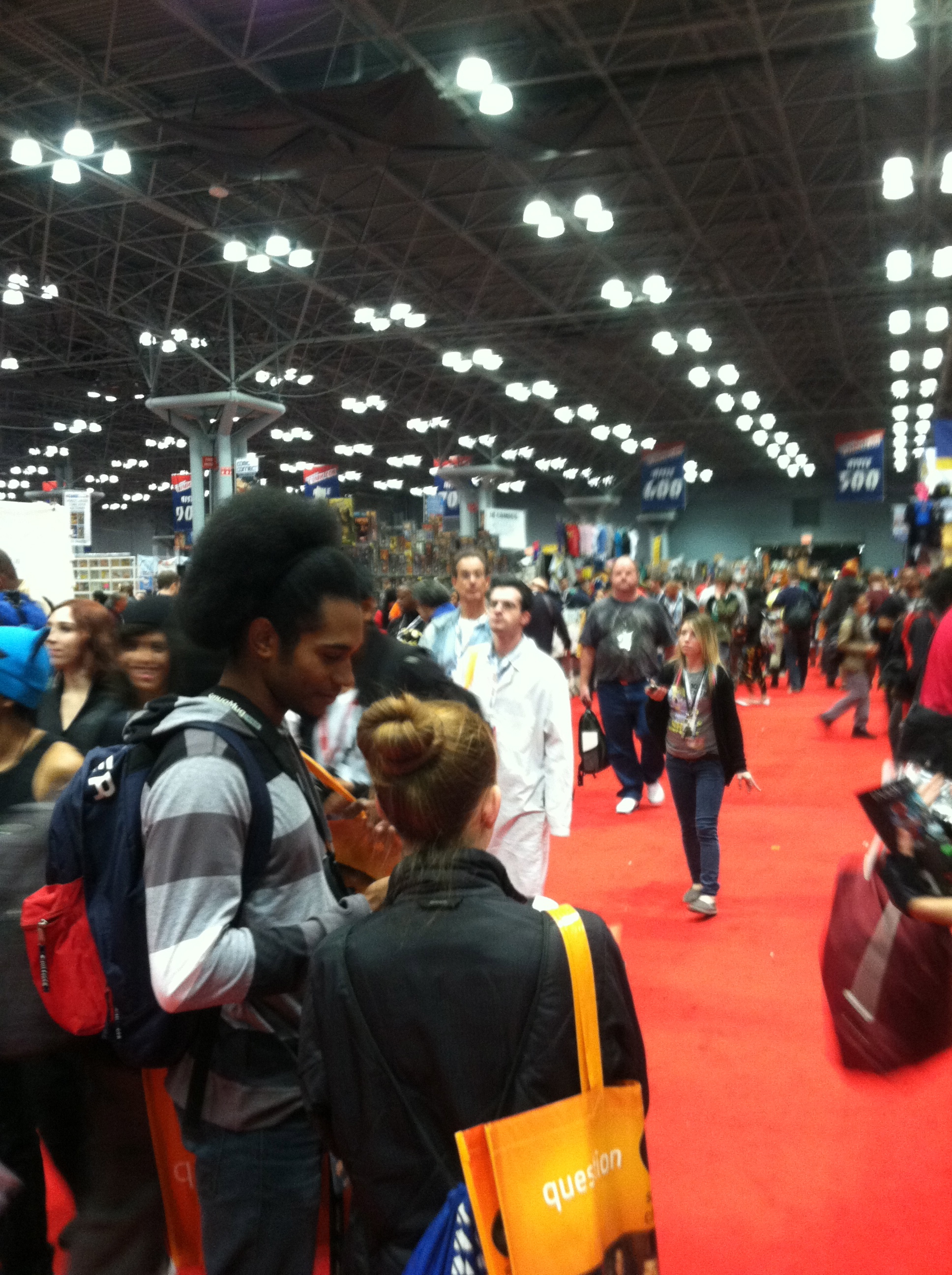 I had not registered early enough and was one of the unfortunate bunch who didn't receive their pass mailed to them in advance. The entire cab ride there, and especially as I pulled up to the Javits center to see a line around the block, I was positively dreading the check-in process. It was a sigh of relief when I was quickly ushered past a mob of thousands of waiting people, and through the doors for VIP check-in to pick up my press pass.

Once I had my treasured pass and made it to coat check, I saw the entrance to the expo hall, and was quickly disappointed. It was rather empty in comparison to previous years on a Saturday afternoon, and there weren't nearly as many booths. 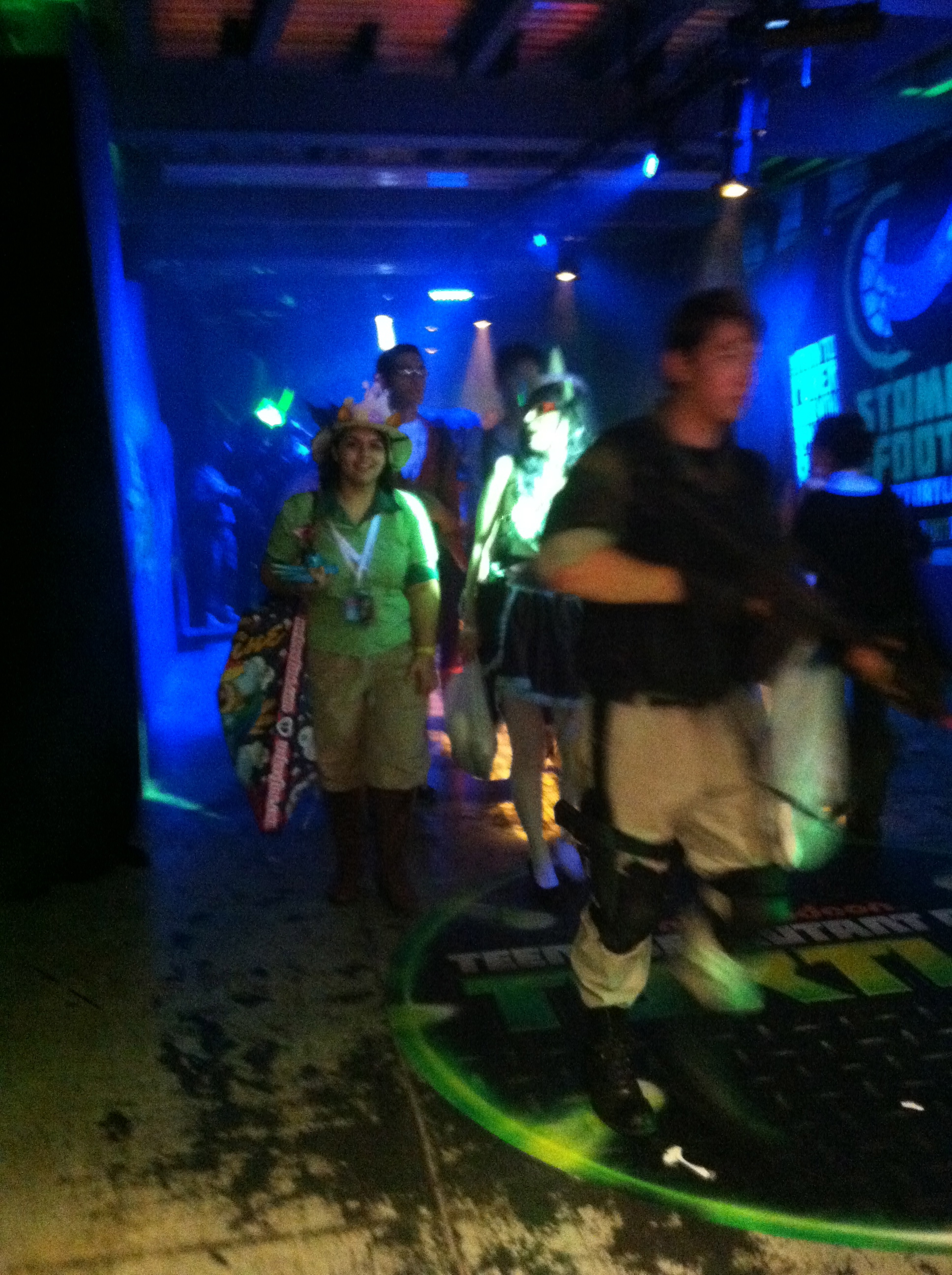 After wandering around for quite a bit, and eating a convention center-quality soft pretzel, I noticed a Tenage Mutant Ninja Turtles-themed tunnel that escorted me into what turned out to be the main area of the convention center. In all honesty, it was a miracle that I found it, because I almost wouldn't have realized I was missing out on 90% of the booths with the exception of finding it puzzling that a lot was missing. 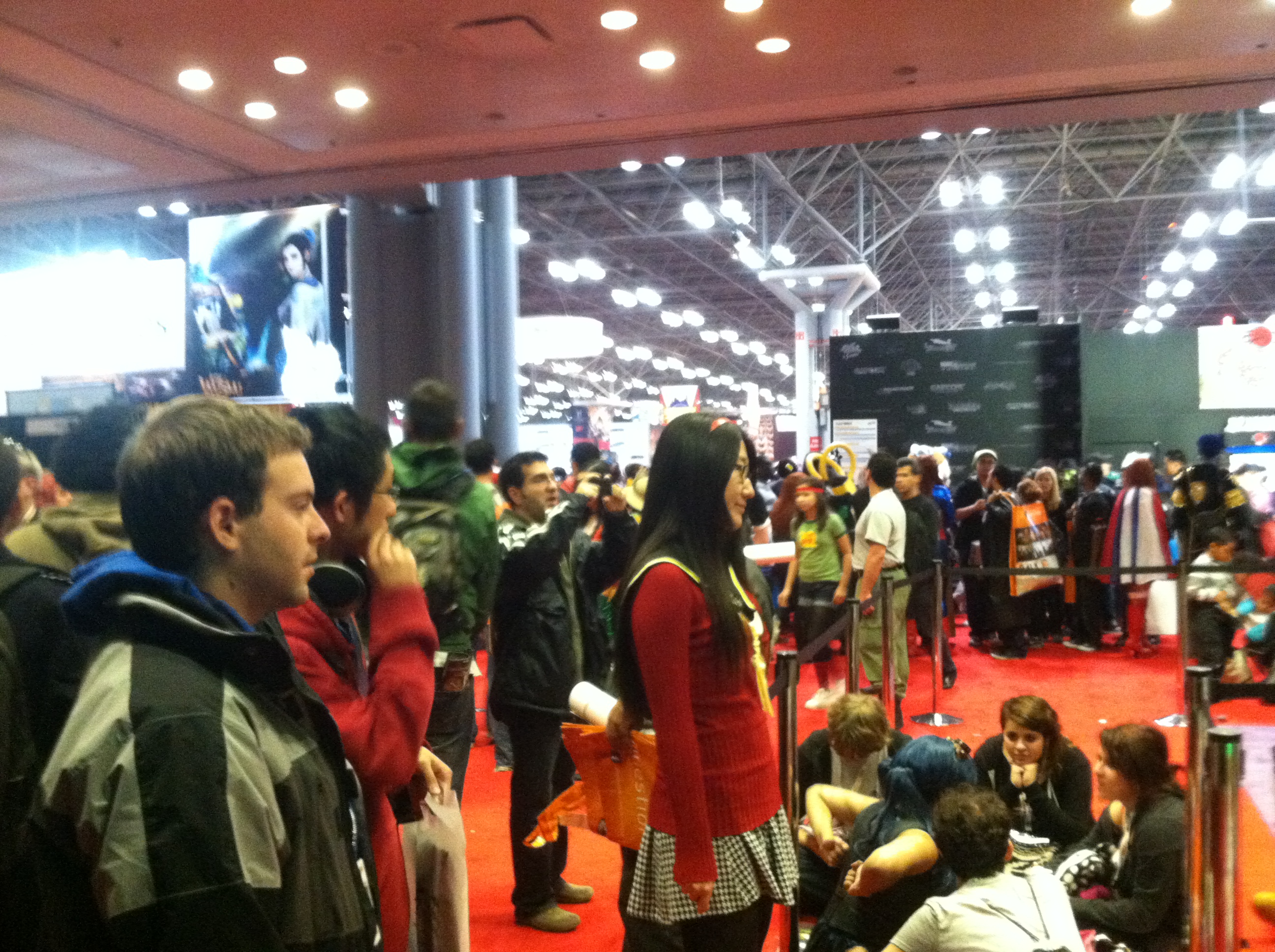 The main area of the expo hall was pretty much what was expected, having been to previous Comic-Con events in NY. Incredibly smaller than the west coast Comic-Con, of course, I skipped out on the sessions that my friends went to because I didn't think the long lines were worth the wait. My friend actually commented that she felt it was unfair that they weren't removing people who were already seated in the auditorium from a previous session, and making them go back on line at the beginning of each new session, therefore limiting the number of seats that were available. My friends ultimately got into a session that wasn't the one they were originally waiting on line for.

Comic-Con is all about dressing up in elaborate and extravagant costumes. Some of the costumes could only be outdone by some of the super elaborate booths and stages, such as the Teenage Mutant Ninja Turtles tunnel. All that being said, the trophy for the absolute lamest Comic-Con booth unfortunately has to go, hands down, to StackExchange (of StackOverflow fame). I just want to mention that I give them super absolute huge props for even having a booth to begin with. At a convention with an audience of over one hundred thousand at one of the largest convention centers in NYC, it could NOT have been a cheap expense by any stretch. Additionally, StackExchange was promoting their Sci-Fi community, which certainly isn't one of their largest, especially when compared to their flagship property StackOverflow. Amazing kudos to them for even taking the resources to devote to such a comparatively small property. All that being said, there's just so much that they could have done so much better, especially if they were taking the time to have a booth in the first place. For one, invest in a banner that mentioned the specific property they were trying to promote. I was talking to the guy sitting behind the booth for about 5 minutes (he was actually an imposter StackExchanger, because apparently he is just a friend of some of the guys who work there and was doing them a favor by babysitting their booth). Within those five minutes, about four people came up to the booth either asking what on earth they were, or making up some weird idea of what they do such as, "You guys are an exchange? Do you buy and sell gold for World of Warcraft?" 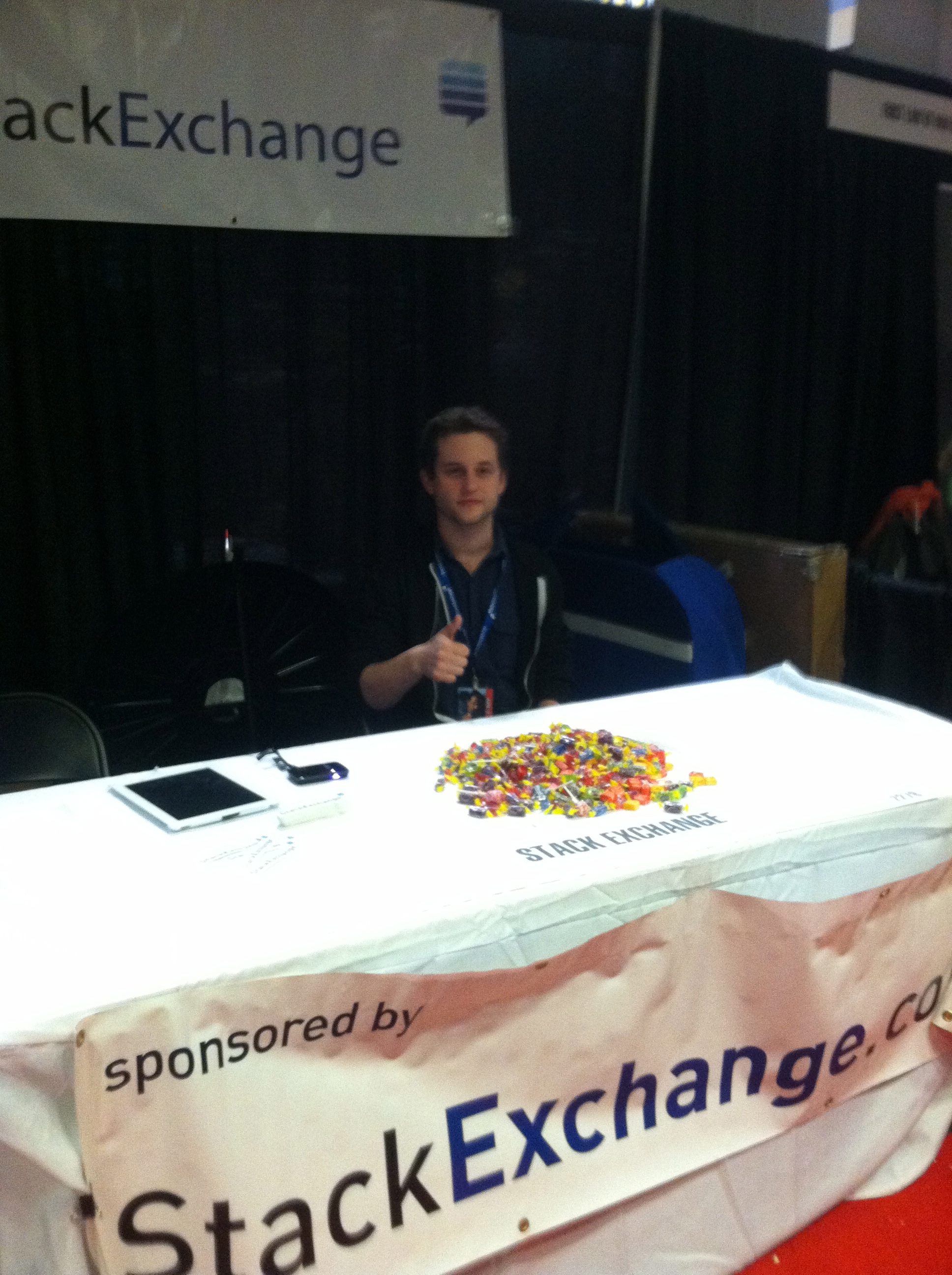 All that being said, it was a good day overall. I'll definitely be back next year.

comic-con convention
LastMitch commented: Thanks for the sharing! +5
About the Author

I'm a super-geeky programmer with a passion for Internet marketing. :)

okay where are the pics of you in the Star Trek uniform????

I decided not to wear it.

You really seem to have fun that day.

Did you met any celebrities at the comic con?

I know this sound ridiculous did Triumph, the Insult Comic Dog was at the Comic Con this year?

Will you have booth like StackExchange in the near future?