Installing the new Google Now Launcher (on any Android device)

The Google Experience Launcher, as it was, first arrived exclusively for the Nexus 5 towards the end of last year. That changed recently when the renamed Google Now Launcher (GNL) appeared in the Play Store as a standalone app for Nexus devices and those handsets running Google Play Edition (GPE), or to put it another way this is for Stock Android only. 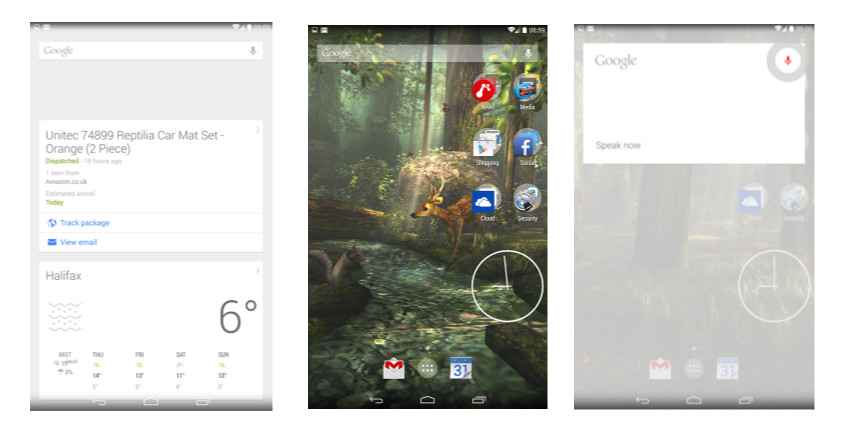 Along with some minor visual tweaking to the home screen and dock, you get to swipe left to open Google Now instead of another home screen and on the main home screen (assuming the device is unlocked) you can simply say 'OK Google' to start a search, set a reminder, send an email, get satnav directions and so on). In fact, think of Google Now as Android Siri and you are not far wrong. It's not for everyone, and I'm not talking about the practicalities of it requiring KitKat here, and many users are not going to be sacrificing their third party launchers at the altar of GNL. However, that said, if you (like me) happen to be a great fan of Stock Android and prefer the cleaner look of a stock launcher as well, then GNL will not disappoint. Sure, you don't get all the customisation benefits of add-on launchers (assuming you see heavy customisation as a benefit, of course) but you do get a clean stock launcher on steroids. Since installing it on my Nexus 7 2013 LTE, I've got so accustomed to saying 'OK Google' from my home screen that I honestly don't know how I'd cope with having to do anything else to use it. File me under lazy, but there you go.

So how can you install the Google Now Launcher on your device? In my case I updated from Jelly Bean 4.3 to KitKat 4.4.2 and upon completion of the update I was offered the opportunity to switch to the GNL and import the icons and folders from my old home screens automatically, or start afresh. Having already spent quite some time getting my folders and home screens sorted as I wanted them from the old stock launcher, I naturally jumped at the copy option. This function worked flawlessly, with no missing icons or misplaced folders, and is a huge improvement over the time consuming nonsense of installing a new launcher wiping out your set-up as is the norm. As I understand it, don't expect to get this handy import function if you are not running KitKat 4.4 though. 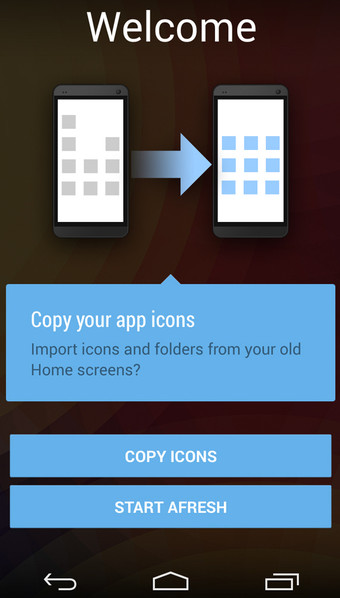 So what if you don't have a Nexus or GPE device, nor KitKat, but you do want to join the GNL club? The good news is that you don't have to root your Jelly Bean 4.3 device to get it. Make sure your are running the latest version of the Google Search app (it updates automatically, direct from Google, so you should be OK on this one). Then make sure that you have temporarily changed your settings to allow the installation of apps from unknown sources, which can be done from the security section of settings. I say temporarily as I'm a firm believer in making my devices as secure as possible, and not keeping this option open all the time helps in that regard. Of course, installing an .apk file directly always opens up an element of risk so you need to find a trusted source for the download. The Android Police have set up a mirror for the GNL files (ripped from the Nexus 5 updates) here which appears to be such a source. Install this and your device should then prompt you to select which launcher you want to use, and run you through the setup process. You will eventually be asked which launcher you want to use when you hit the home button, select GNL and tap on always and the job's a good 'un. If you change your mind you can uninstall the GNL by going to the Apps section of settings and clicking on Google Now Launcher, then hitting the uninstall button. Simples. 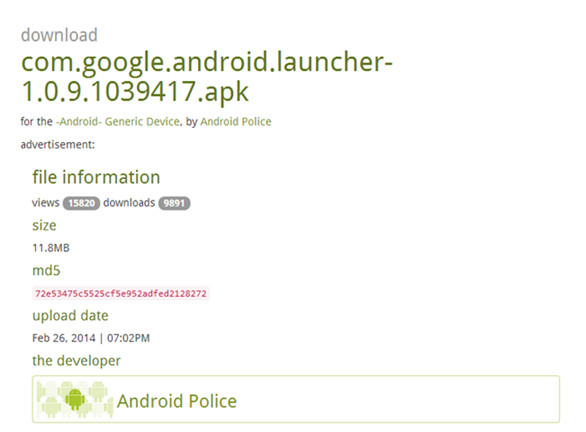 Although I know of people who have installed the Google Now Launcher on devices running Android 4.1 and they insist it runs OK, I also know of people who have done the same and ended up with just a partial GNL experience or, worse, a very flaky one. It's therefore recommended that you are running KitKat 4.4.x if you want GNL to run as intended and without hiccup, and Jelly Bean 4.3.x for something really very similar. However, as always, we do have to say that as with any installation of .apk files in this manner, you must accept that you are doing so at your own risk.

android google launcher
About the Author

Yeah, Kitkat is required here given that the first device that has that "OK Google" feature is Nexus 5 (Moto X is an exception given that it has some specific M8 co-processor). Hopefully, that "Ok GOogle" feature will arrive on all smartphones with Kitkat, even the ones with KitKat custom ROM.