Did the FBI get the wrong man, or at least the wrong Dread Pirate Roberts (DPR), when it shut down the Silk Road darknet marketplace? Claims are being made that this is precisely what happened, and that Ross Ulbricht who was arrested took over as acting DPR from the real Silk Road founder before the FBI made its move. In a statement, reposted to Pastebin today under the title of 'Possible truths behind DPR and Silk Road', someone calling themselves Elthemor Sagewood and claiming to be a well known Silk Road vendor says "In a court hearing today, Ulbricht's lawyer claimed that Ross was, in fact, not the real DPR that the FBI was looking for. This only goes too perfectly with something that was posted on an I2P (Invisible Internet Project) eepsite just after Ulbricht's arrest, and is something I personally have been holding onto, afraid of releasing it into the clearnet for the sake of my strict "what happens in the darknet, stays in the darknet" rule, and how it would affect the case." 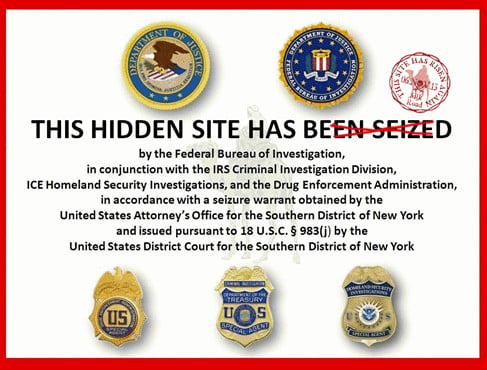 Whatever the truth of the matter, Silk Road has emerged in a 2.0 format with a welcome notice entitled 'we rise again' and signed off by Dread Pirate Roberts. Accessed in exactly the same way as the original Silk Road, using a Tor-connected browser and a URL (which goes nowhere unless that Tor connection is used) that is already readily available for those who want to look for it, Silk Road 2.0 even taunts the FBI with a defaced version of the original site seized graphic used on the home page.

Here's what Dread Pirate Roberts has to say if you login:

It is with great joy that I announce the next chapter of our journey. Silk Road has risen from the ashes, and is now ready and waiting for you all to return home: <URL redacted by DaniWeb>

Welcome back to freedom.

Over the last 4 weeks, we have implemented a complete security overhaul. This overhaul marks the dawn of a brand new era for hidden services, and it would not have been possible without the patient support of this community. So for waiting patiently; for offering encouragement; for keeping the community spirit alive in Silk Road’s temporary absence; for all of this and more, each of you has my deepest and most sincere gratitude.

It took the FBI two and a half years to do what they did. Divide, conquer and eliminate was their strategy… but four weeks of temporary silence is all they got. And as our resilient community bounces back even stronger than ever before, never forget that they can only ever seize assets – they can never arrest our spirit, our ideas or our passion, unless we let them.

We will not let them.

Please enjoy the marketplace, but be aware – although the site is both functional and stable, we are still in the early phases of development. Despite us having worked through any major bugs that might prevent full-functionality or compromise security, you may notice minor bugs. Please bring these to our attention. More so, even though security has been our top priority over the last few weeks, we encourage you to continue reporting both theoretical and even proven exploits. You will be rewarded for doing so.

Please also be aware, that because we expect a large surge in Bitcoin deposits when we open up our transaction system, there may be delays with account withdrawals and deposits initially. These delays should become less as the marketplace settles, but at least for the earlier stages, please do not report coins as missing unless 12 hours or more have elapsed.

You might also notice that the re-launched marketplace lacks a number of features from the original marketplace – we will be working hard over the next few weeks to implement improvements, and we continue to study each and every post made in the Feature Requests forum. Your opinions matter to us, and we will not neglect the thoughts of the community.

We are proud to announce though, that our new security measures include emergency strategies to ensure that, in the event of Silk Road’s demise once more, no member will lose their coins. We have learned hard lessons from the unfortunate events of recent weeks, and the man hours that have gone into this new release are phenomenal. We look forward to helping Silk Road grow on the back of these lessons, and look forward to helping this community flourish even more beautifully than before.

We have already committed a large percentage of our revenues to good causes, charities, and organizations who support our cause or have similar interests. We are also contributing back to the Tor network with our relay fund.

But without a doubt, the re-launch of our beloved marketplace will create a ripple throughout the world’s various media channels, and not all of these channels will see our cause as positive. You don’t need telling that there are very powerful media outlets controlled by various world governments, who will seek to muddy our name and reputation. But it is up to us to embrace this newfound exposure in mainstream media, rather than hide from it – and for this reason, I have chosen to speak briefly with a number of journalists who I am confident will report this memorable day without the pull of governmental strings. I have also conducted an exclusive interview with Mashable. In light of the FBI’s recent ‘victory’, it would be impossible for Silk Road to stay off the radar – it is therefore our responsibility to make sure that our mark on the radar is the right one. So I would advise you all to prepare yourself for a spike in media attention, and to review your personal security measures to ensure your anonymity is protected.

We will be hiring staff to handle Silk Road’s marketing shortly – formal offers may be made to members who have already demonstrated their marketing prowess.

And it goes without saying that if you are in touch with anybody who may not be aware that Silk Road has risen once more, now is the time to spread the word. Open communication with your old suppliers and customers; let this wonderful news be taken to all corners of the Tor network and beyond.

Let us never forget this recent hurdle in our battle for freedom. But let us not allow it to stop our fight, either – it is now time to simply pick ourselves back up, dust ourselves off, and continue fighting this revolution like we’ve never fought it before.

I’m proud to have you all at my side.

Amongst the many forums that are already active on the new Silk Road, there's even one for discussing the many conspiracy theories surrounding the closure and consequent arrest of DPR. Believe me, conspiracy theories abound within both the underground darknet community and the IT Security one. The most common, shared by both sides of the debate, is that the new Silk Road raises a lot of red flags and it would be a brave, or foolhardy, person who started trading in illegal goods using it.

"When the initial takedown of Silk Road occurred" points out Dwayne Melancon, chief technology officer for security vendor Tripwire, "the FBI was named as the instigator." Of course, the Department of Justice initially denied their involvement. Later, the FBI changed tune to take credit for the operation. Meanwhile, millions of dollars in Bitcoins was seized by the FBI and millions more went missing, their whereabouts still unaccounted for. "There is a lot of back-channel speculation that the takedown of Silk Road was a ploy to steal millions in Bitcoins" Melancon says "and that the 25% seized by the FBI may have been given up to cover the embezzlement of the other 75% of the funds." Melancon goes on to ponder why the FBI would have allowed the launch of Silk Road 2.0 "in plain sight" after the arrest of so many of the original Silk Road vendors and customers?

The word being used most in relation to the relaunch has to be honeypot. A theory we have reported on here at DaniWeb when the original Silk Road takedown happened. There is plenty of speculation that the launch may well have happened with tacit agreement of the FBI in order to either build up to another profitable Bitcoin seizure or, more likely, to sting yet more online drug dealers and those who buy from them. Craig Young, a security researcher for Tripwire, admits that there "is no shortage of people willing to risk administering new sites to resume black market operations" and points out that the new marketplace already contains nearly 500 drug listings, as well as others for forged documents, and even high school essay writing services. "Silk Road 2.0’s new security features include the ability to use PGP based 2-factor authentication" Young concludes, which "are definitely designed to give users some additional sense of privacy but when it boils down to it, anyone using a site like this to conduct illegal business should not expect to remain anonymous forever." 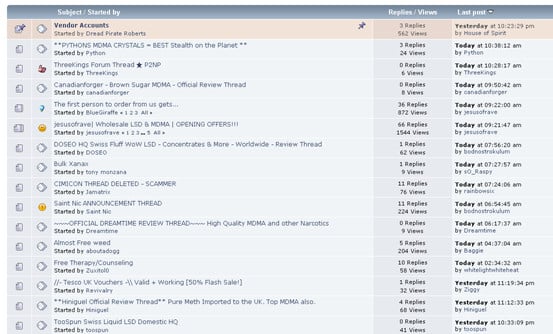