Will self driving cars ever make it?

Now will they? I have my doubts. Here in Belgium, we have one of the most dense road maps of the world.
Traffics jams, road constructions, pits in the road etc.
It's even hard for a human being like me to go from A to B.
So how would a piece of machinery do better?

I think yes, they will.

I've been spending most of my time living in Silicon Valley lately, so I see Google driverless cars on the road quite often around Mountain View. I see them navigate road construction, traffic jams, etc.

More than that, though, I think that driverless cars will be successful for one reason: because there is a strong financial driving force to propel the industry. Uber, for example, has stated that its drivers are both its single greatest expense as well as its single greatest liability ... by far, and perhaps now more than ever with all the news reports of sex offenses committed by Uber drivers, etc. They have a huge motivation to bring driverless cars to the market, and they have significant financial resources to invest in research.

It's even hard for a human being like me to go from A to B.
So how would a piece of machinery do better?

While it's true that an algorithm will never have human judgement, what it does have that's superior is the ability to be constantly looking in all directions at once, no blind spots, no road rage, no inclanation to stop and look at an accident on the side of the highway, and infinitely faster reflexes to avert a disaster.

Edited 2 Years Ago by Dani: Typo

Let me tell you I'm not against the concept, I love it! He, I'm in A ( you probably know that) please drive me to B. Great concept!
But I see lots and lots of pitfalls on the way. What about sensors getting clogged up by snow and frost or a splash of mud from the road?

I think that in a few years the term "self-driving car" will refer to a car that you drive yourself rather than a car that drives itself.

ddanbe commented: This is one to put in "memorable quotations"! +0

The road is a place unpredictable, where there is always a random event that can not be mathematically calculated: a drunk driver, an inattentive pedestrian, a broken wheel at the truck. The main thing here is who will answer if the passengers of such an unmanned car die. The software developer?

In a few years it won't be uncommon to see driverless cars, every car company is pouring money into the problem; a mix of new players like Tesla and Google and older ones like Volvo and Nissan leading the way.

They already have hundreds of thousands of deathless hours under their belt and there is a roadmap (pun intended) for their progress.

As Dani says, some markets will be better-suited, taxis and logistics probably first.

I just want a car I can drive when I want to, but if I've had a drink or want a snooze I can tell it where I want to go and enjoy the journey as a passenger.

The ethical question is still a long way from being answered. Especially regarding the car AI in respect of whether it gives priority to safeguarding the driver and passengers or people in other vehicles or pedestrians. Who would it sacrifice in an 'either take action to avoid hitting pedestrians but risk injuring driver, or hit pedestrians to prevent injury to driver' scenario is a very valid question. And one that will be difficult for vendors to sell. Would you buy/get in a vehicle that will sacrifice you in such a situation? Would you buy/get into a vehicle that sacrifices others?

Edited 2 Years Ago by happygeek: typo
rproffitt commented: AKA The Trolly Problem, http://imgur.com/gallery/pKEMa is a fun? journey to learning what this is. +0

The question isn't so much "will it happen" as "will people trust them".

Right now several companies are experimenting with self driving road vehicles, most of them based on small to medium sized cars, and they are performing reasonably well under good and predictable conditions.
But that's the problem, once conditions deteriorate and become more chaotic, the software that governs those vehicles tends to not deal with the problem nearly as well as the human brain.

Which is something that aircraft manufacturers have known for decades, which is why we don't have self flying airliners, but by law each and every one of them requires at least a 2 man crew that has to be trained to extremelyn rigorous standards.

This boils down to self driving cars doing well on the open highway, especially outside of rush hour, but down in the busy city streets their software pretty much gives up.

On the ethical decision making, The Trolley Problem (fun? at http://imgur.com/gallery/pKEMa ) has been with us forever.

I like the turn above where the next big thing will be the self-driving car sales pitch changes to "imagine a car you can drive yourself!"

Since everyone seems to think this is the major roadblock (pun intended) ... Can someone please give me a concerete example of a situation or two in which a car must make the conscious decision of whether to sacrifice itself or to sacrifice others? Assume that the car is following the rules of the road and everything is in proper order when ... suddenly ... it needs to make a determination of who to sacrifice in a major impact situation that may result in severe casualties to either us or them. What's an example of that? You either swerve to avoid traffic or you don't and choose instead to ram right into it?

A self-driving car carrying a family of four on a rural two-lane highway spots a bouncing ball ahead. As the vehicle approaches a child runs out to retrieve the ball. Should the car risk its passengers’ lives by swerving to the side—where the edge of the road meets a steep cliff? Or should the car continue on its path, ensuring its passengers’ safety at the child’s expense?

They are the decisions that a tiny tiny tiny number of real people ever have to take, and usually happen so fast that people don't have time to weigh up the pros and cons.

When an animal runs into the road my instinctive reaction is to avoid causing it harm at any cost, even if that results in a crash. Would car AI do the same thing, or would it plough through the cat?

Lawsuits for injury or wrongful death would have to filed against the software companies instead of the (former) driver. At least they'd be going after the deeper pockets.

"What about sensors getting clogged up by snow and frost or a splash of mud from the road?"

I think this is a question that really warrants more attention than it has been getting, since IME even something as simple as an electronic car door lock can break after a freeze-thaw episode or a little bit of freezing rain.

It's all well and good to have self-driving cars on Californian highways, but show me one that can navigate busy city streets during a snowstorm.

Edited 2 Years Ago by Agilemind

I will be less problematic for a self-driving car on this road: 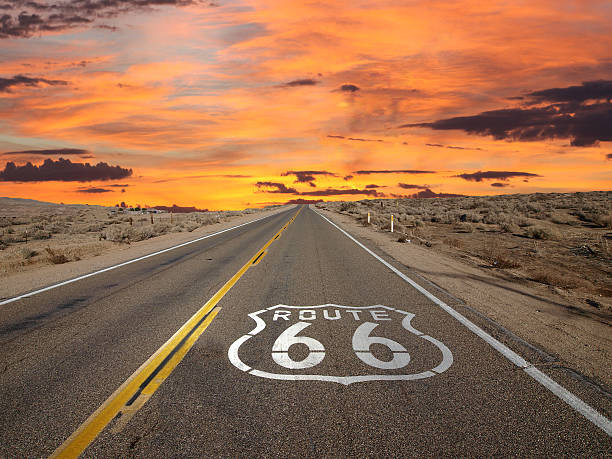 Edited 2 Years Ago by ddanbe: typo

Seems like a lot of decisions need to be catered for. HG would crash to avoid an animal. I would swerve into a herd of pensioners to avoid a crash. Perhaps you need to fill out a questionnaire about your preferences before you're allowed to invoke autopilot.

HG would crash to avoid an animal.

I believe HG said it would be an "instinctive" reaction rather than a conscious choice. You are incorrectly (or incompletely) restating his position.

Nope. Diafol is right. I'd much rather crash than hit an animal. I could care less if I died, or other people died. I admit I am not your normal human being. Thank goodness.

@HG: I'd much rather crash than hit an animal

Looks as if you are still in control, fine, but you aren't it is the car that is.
It is driving and we just sit there, perhaps watching the most horrifying things!

Nope. I have been in the situation on country roads around here (Yorkshire) where I have swerved to avoid a rabbit/hare in the road and crashed into a hedgerow. The car didn't make the decision not to hit the rabbit, I did. The car didn't 'drive itself' into the hedgerow and not onto the opposite side of the road (where there was a car approaching that I could have hit) I drove it into the hedgerow. I'm not sure how the car 'was in control' and I wasn't.

So that would make you the Mechelen Man? (probably different pronounciation). Appropriate for a thread abour cars. 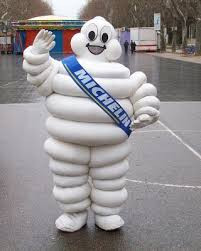 I guess yes, because things are still into development.

I guess yes, because things are still into development.

@Reverend Jim: Nope Michelin is a brand of tyres. And Mechelen is a lovely historic town.

When an animal runs into the road my instinctive reaction is to avoid causing it harm at any cost, even if that results in a crash.

I avoid an animal running into the road if I can without causing a more serious accident.
Same with pretty much anything else. If I crash my car into another car in order to avoid hitting a cat or a dog, the damage overall is far more severe than hitting that animal.
Same with avoiding a car if it means hitting a truck or tour bus, not going to do it.

Best of course is to drive consciously and not end up having to make such decisions in the first place...

In 1981 while driving past Moosejaw, Saskatchewan just before sunrise, a deer ran out in front of my car. I swerved to avoid it (not entirely successfully). My swerving was not a choice. There was no conscious decion made. It was an instinctive reaction just like when you blink when something is coming at your face suddenly.

It's a yes from me, the need to jump from "class 3" to "class 5" and ensure every destination and situation is navigable is the vital prerequisite and one that comes right on the back of realising that it's SSD media speed access with virtually limitless volume and seamless coverage everywhere that makes it possible..., lucky all that is more or less on the cards as the future of technology today...
...I would say that though, I've been saying it outside this context for about two decades as I always asserted that delimiting technology is the only way we continue to get the benefit from it... So far at least, we're looking at battery life, screen resolution, camera resolution[sup]1[/sup] storage capacity, processing power, RAM, bandwidth, signal & connectivity, security, to name a few of the things that have only really trickled towards the higher expectations we have of them.

[sup]1[/sup] Why not always from now on include two cameras with all future hardware releases, make it the trend until the hardware reasonably emulates the human visual experience - their distance apart ensures a true 3D image can be captured and they could be swivelled to increase a 2D range - who could still like a first person envirnonment view on a screen when they realise it's reduced to about 90 degrees? (compare yours always naturally at about 180 degrees...)