Is it a tablet? Is it a smartphone? No, it's the Dell Streak 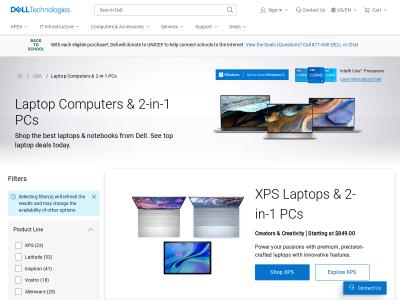 http://www.dell.com/streak
Price
Â£399
Pros
Fast, solidly built, good screen
Cons
Too big for a smartphone, too small for a tablet, Android 1.6
Summary
If the Streak was a couple of inches bigger it could compete with the Galaxy Tab for those who prefer a smaller tablet to the iPad, assuming that came loaded with Android 'Froyo' 2.2 rather than the dated and restrictive 1.6 version we were stuck swith. For now though, nice as it is, as much promise as it shows, the Streak is both too small and too big to be taken too seriously.
Rating

While it is possible to look at the iPad as being a big apple (with a small 'a') and the Galaxy Tab a small apple, comparing the Streak to the iPad really is more like apples and oranges. Indeed, the two are so different in every regard that to try and make any sensible comparison is all but impossible so I'm not going to bother. Indeed, I think the more important question that needs to be asked is less whether the Streak is an iPad killer and more whether it is a tablet at all. With an overall size of 6 x 3.1 x 0.4 inches the truth is that it feels just too small to be considered a tablet. In fact it's much more sensible to compare it to a smartphone, albeit one heck of a big one. And there lies the rub, if it's not really a smartphone and it's certainly not a tablet, then just what is it? Dell calls it a "perfectly sized go-anywhere device" but then Dell would say that. Dell also says that the Streak "fits perfectly in your hands" which I wouldn't disagree with as it's not uncomfortable to hold if we are talking purely from the physical hardware dimensions perspective, and we are talking about holding it in a landscape fashion. Where things get a little complicated are when we consider putting it in your pocket or using it as a phone; in my opinion it's just a tad too big for both. The trick is not to think of it as a phone, despite it having that functionality. During the entire time I spent playing with the Streak I can honestly say that no more than 1 percent was spent holding the thing in a portrait orientation and for good reason: it's just too big. Swing it around into landscape mode and all of a sudden you start to see a new side to the Streak, and it's not unattractive nor dysfunctional.

The 1 GHz Qualcomm Snapdragon processor is perfectly powerful enough to drive the device and the 5" 800 x 480 resolution screen is crisp and clear, with high-quality and scratch-resistant 'Gorilla Glass' plus ambient light sensors which adjust brightness all helping to impress - as long as you don't have an iPhone 4 owning mate standing next to you with that high-res Retina display, one has to admit.

Talking of which, the 5Mp camera with twin LED flash and a relatively low res video function (640 x 480) plus a front-mounted webcam, GPS, WiFi, speedy web browsing and phone functionality all make the Streak sound a little too much like a smartphone on paper. Yet, as I've made perfectly clear I hope, it certainly isn't suitable to use as such when actually being held in your hand.

I tried to like the Streak, but was somewhat hamstrung in the usability stakes by the fact that the handset I had access to here in the UK was running the 1.6 version of Android. Although an update to Android 2.1 had started to roll out in September, this has now been pulled after reports of it being just too buggy and if you go to the Dell site the Streak is still being sold with 1.6 as a I write. Android 2.2, also known as Froyo, is promised as an over the air upgrade but that promise has been a long time coming. I know of some journalists who have been sent Froyo enabled Streaks to look at in recent weeks, but I have yet to track down any actual users who have been offered an update. Just when that official update does start rolling out is open to question, although whispers suggest that for network contract handsets January has been slated (no pun intended) depending on where you live and the network provider you are contracted to.

Ultimately, then, there are two things which I think are holding the Streak back: first there's the 1.6 Android OS which, hopefully will be dealt with real soon now by that promised 2.2 Froyo upgrade. The second thing is less easy to overcome, and that's the unescapable fact that the Streak is too big for a phone and too small for a tablet. Sure, it's not an unpleasant or dysfunctional form factor but that's missing the point: in a market where smartphones and tablets are already fighting for a share of your hard earned spare cash, is there really room for a new genre of gadget? My gut tells me that no, there is not, at least outside of a relatively niche audience. Scale it up to at least match the Galaxy Tab and I think Dell might just be on to a winner.

kvprajapati commented: Liked :) +11
About the Author

Yup i agreed except it has more button that an iphone. An it is an adroid phone as well android tend to be better than ios phone. I say so because i support them not neccesary true. Want to buy this, maybe this will be better than iphone 5