Can A Credit Card Heart Monitor Better An Apple Watch 4?

3 Years Ago happygeek 0 Tallied Votes 5K Views Share
Manufacturer
Sanatmetal Ltd
https://shop.mywiwe.com/en/
Price
$260 (229 Euros)
Pros
Very accurate, easy to use, great app, could save your life
Cons
Not cheap, beyond traffic light visualization the results are meaningless unless you are medically qualified
Summary
Is the WIWE worth the 229 Euros ($260) being asked? Probably, considering the accuracy of the thing and the fact it might just help save your life. Do you actually need this level of cardiac health monitoring though? That's a much harder question to answer, but I'm going to hazard probably not unless you have a known heart problem or are in a high-risk group for such things. Or, of course, you are a gadget geek who is into fitness stuff and wants to add another metric to the keeping healthy data regime...
Rating

An early Xmas present to myself arrived at Chez Moi last month in the shape of a rather thick credit card. It's not actually a credit card though, and while it's a chunky 6mm wide it is pretty smart truth be told. That's because it's a clinically validated cardiac diagnostic device, a heart monitor to you and me, called a WIWE. Once I got myself over the fact that I cannot stop pronouncing it as a wee wee, I quickly found the WIWE does a whole lot more than your Fitbit or smartwatch can do in terms of monitoring your heart health.

What, even if I have an Apple Watch 4 do I hear you cry? Erm, sorry people, but yes even then. Sure, the Apple Watch 4 can offer heart rate variability (HRV) monitoring and produce something akin to an electrocardiogram (ECG) in order to detect an irregular heartbeat otherwise known as atrial fibrillation. The ECG part of the heart monitoring functionality has even got FDA clearance, so this isn't a device feature to be sniffed at. The Apple Watch 4 cardiac stuff works by measuring the voltage between left and right arms, and the resulting signal is equivalent to that of 'lead one' of the 12 lead clinical ECG some readers may be familiar with. The Apple ECG requires the user to rest a finger on the digital crown, while resting their arms on a table top or some such. After 30 seconds it reports the results, which might inform you of the need to see a doctor if it detects anything unusual. Which is all well and good but speaking as someone who has had an ECG at the hospital recently, 30 seconds is a very quick measurement frame for such things. What's more, the hospital used the full dozen electrodes superglued to differing parts of my anatomy. Here comes the important bit: they shaved my hairier parts before connecting the electrodes and had me laying down for the whole thing. While you can lay down and do the measurement with your Apple Watch 4, I'm doubtful that the werewolf men (and I'm one) with hairy wrists are going to shave them every day. Wrist hair and small movements of the finger resting on the tiny digital crown of the watch can all too easily lead to a less than accurate reading.

The WIWE device doesn't suffer from the same problems. It uses your thumbs, touching two sensors, for the measurement. This can be done sitting down with the device on a table-top and arms relaxed to produce very accurate 'real rest' ECG measurements as there is no conscious muscle activity resulting. The WIWE measurement also takes twice as long, a full 60 seconds, than the Apple Watch 4 to produce a more realistic result. Anyone who has had an ECG in a clinical environment will know that it doesn't measure your heart for just 30 seconds. On the downside, you aren't going to be carrying the WIWE with you at all times it seems to me, and you certainly aren't going to be glued to it for continual evaluation. The Apple Watch 4, however, does have an automatic arrhythmia detection feature. This isn't FDA approved though, at least not outside of a fairly restrictive user group of atrial fibrillations (AF) and normal sinus rhythm cases; in other words healthy users. It doesn't cover any arrhythmias, nor is it recommended for people aged under 22. Most likely as respiratory sinus arrhythmia is fairly common in this age group and can cause heart rhythm fluctuations that might end up confusing the device and leading to warnings of a serious AF for example. This confusion doesn't exist where the WIWE is concerned as the developers determined that atrial activation, also known as the P wave of an ECG, should be considered when detecting arrhythmia as is common practice in medicine. The WIWE algorithm therefore uses waveform analysis beyond simple heart rhythm evaluation. Indeed, the WIWE algorithm enables investigation of P, QRS and T waves in the ECG evaluation, so provides a much more clinically relevant and revealing result.

My local doctor, a general practitioner (GP), was giving me a checkup which involved measuring my heart rate and oxygen saturation levels, although not an ECG. She was happy for me to compare the measurements of her equipment with both my WIWE and the Samsung Galaxy watch I was wearing. The GP control measurements were a heart rate of 54bpm and 99% saturation. The watch, through my hairy wrist, did a decent enough stab at this and returned figures of 62bpm and 97% saturation. The WIWE, however, was spot on and the measurements exactly matched the ones taken by my doctor. I took the liberty of showing her my ECG, arrhythmia (AR) and ventricular repolarization heterogeneity (VH) readings from the day before. She was suitably impressed with the level of historic data displayed on the ECG graph, the AR plotting and the VH evaluation visualization, She did say that she couldn't recommend that I relied upon such a device to detect cardiac problems, that needs to be left to a qualified medic using hospital grade equipment of course, but that as a general indicator of 'normals' that would show up abnormal readings when they occur it certainly does no harm. More than that, I'd say, when used within those parameters it becomes a useful early warning device that something could be wrong, that getting the medical opinion might be worth doing. I couldn't say the same about the very basic, and proven not to be that accurate, measurements of my Galaxy Watch. I couldn't even say the same of the Apple Watch 4, if I'm being honest, at least not with the same degree of accuracy and therefore confidence that the WIWE provides.

It's not claiming to be 100% accurate by the way, that number stands at 98.7% according to the developer of the thing. For a consumer device I suspect that's not a bad result and it will be interesting to see how the Apple Watch 4 compares if any audited accuracy figures get circulated for the full range of cardiac measurements. For me, the fact that it is small so I can slip it in a bag or pocket and take it with me when I'm away on business is a bonus. As is the USB charged battery which can last a good couple of weeks of daily usage. The WIWE also has a good app, although I can only talk about the Android version at the moment, which it communicates with using Bluetooth. The at a glance traffic light system it provides to interpret the results of the ECG itself, the atrial fibrillation measurement and something called ventricular heterogeneity (VH) which measures the electrical instability of cardiac muscle cells and can warn of potential heart attacks is great. Green is good to go, yellow means a slight deviation from the norm while red can be bad news that might mean it's wise to see your doctor. Talking of which, my doctor said she'd recommend anyone using this to seek medical advice if they were getting consistent 'reds' for any reading over the course of a week or so, just to be on the safe side. That's probably sensible advice, as when you go beyond the traffic lights into the detail it's not going to make much sense unless you are a doctor to be honest. And that's despite the heap of info popups and pages on offer to help you. Ultimately then, it's a clever device which is probably as accurate and easy to use as you are going to get unless the hospital has strapped some piece of clever kit to your body for 48 hours to monitor your heart. 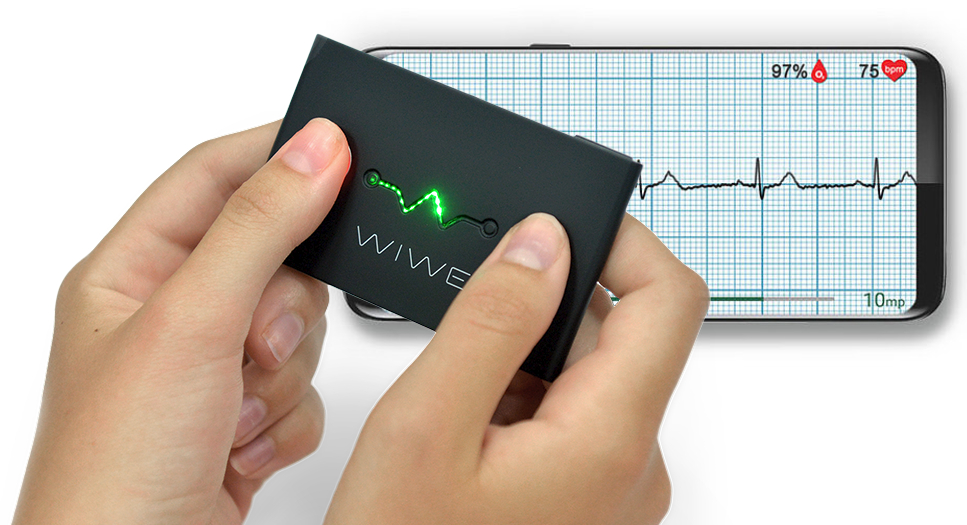 gadgets wearables
About the Author

Apple today introdused apple watch series redesigned and re engineered are able to detect hard falls and at electrcal heart rate seansor that can take the digital crown know includes haptic feedback oppering a more alert a start a work out while giving retroactive credit and yogaor hicking. Apple watch series 4is more than evakuation is represents a fundamenatl redesgin and re engineering of apple watch. The device includes the next generation chip witha custom 64bit dual core proccessor delevering twice the spend while maintaining the small all day better life.

That and Apple could have lodged for approval at the same they did with the FDA prior to market launch. But......in true Apple fashion they lodged only with the FDA and nowhere else.