Apple denies that iCloud is a dirty cloud

Responding to the publication of a report which shows Amazon, Apple and Microsoft all scoring badly when it comes to a reliance upon 'dirty energy' to power their data centers, Apple has hit back with claims that the report over-estimates the power consumption of iCloud and projects being constructed to offset energy usage. 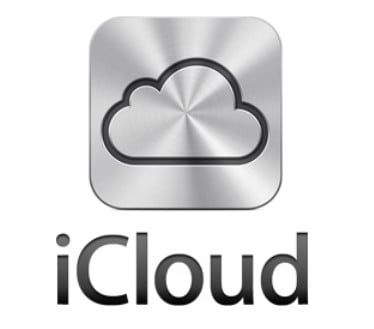 According to Greenpeace cloud companies can grasp the opportunity to be a catalyst in so far as driving change towards cleaner electricity generation by "making better energy choice and demanding more from utility vendors" that could ultimately create a greener grid for everyone and a truly green cloud.

Apple responded with a disclosure of the amount of energy consumed by the data center: 20 million watts at full throttle. This compares to the Greenpeace report estimate of some 100 million watts. Apple went on to note that it was building, for example, two "large projects intended to offset energy use from the grid in North Carolina" in the form of a solar panel array and a fuel cell installation. Something that Greenpeace failed to mention it the damning report.

Greenpeace, however, appears to remain unconvinced by the Apple statement. Writing in the Greenpeace blog, Gary Cook acknowledged it was a positive step for Apple to reveal energy consumption figures, but appeared doubtful as to the accuracy of the information. "The information they released today does not add up with what they have reported to be the size of the investment and physical size of the data centre" Cook says. He claims that the $1 billion investment over a 10 year period, for the North Carolina data centre, would generate 100MW of usage if the most conservative of benchmarks were used in estimating consumption. Cook also reckons that "the size of the facility at 500,000 sq foot would also indicate a much larger power demand" and quotes Amazon's chief web engineer as conservatively estimating it would consume at least 78MW based upon the size of the facility alone.

Cook concludes that Apple is "seeking to provide select pieces of information to make their dirty energy footprint seem smaller".

The Greenpeace campaign to get Apple to lead the clean energy revolution continues and suggests that as one of the most cutting-edge companies in tech it should be doing all it can to disassociate itself from a 19th Century dirty energy source such as coal. Greenpeace activists have, in the last few weeks, been taking their protests directly to Apple by occupying Apple Stores and "engaging" staff and customers in a debate about the damage dirty energy causes to the planet.

What are your views about a coal-powered Apple iCloud? Please let us know your opinion by joining in the DaniWeb conversation...

it's fun that everybody claims they want to be green, but anywhere a wind turbine project is suggested, people in the surroundings contest it... sigh

it should doing all it can

Agreed apple should be held responsible for their iCloud host's carbon footprint. They have chosen to use a company they know is not using sustainable energy sources if they want to be seen supporting green energy they should be concious of who they chose to partner with.It's clear there is a higher profit margin for apple by choosing this company and their poor energy sources.

I heard that Apple is doubling the size of its huge solar array at its data center and this will allow to supply 60 percent of the power for thier data center..

People who care about the impact of dirty energy should be ashamed of themselves for settling on dissing the consumer of <0.01% of the world's energy—and one that produces a disproportionate amount of green energy, at that.

Until dirty energy producers are REQUIRED to pay the rest of us the full cost of dumping CO2, the problem will continue to worsen and Greenpeace will continue their efforts that today are “awareness raising” PR unrelated to the obvious solution.

I would suggest this page if you want to save money for apple products: http://www.cuponation.it/codice-promozionale-apple