So here it is, or will be by the end of the month, the world's first smartphone to use a 64-bit chip. Immediately I would suggest that you can forget about most of what was announced yesterday: 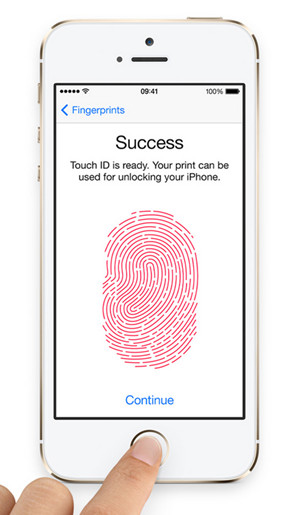 Forget the new colours that everyone is drooling over (gold? really? - grey? really?) which really are just window dressing. Forget the uprated camera which is now an 8-megapixel beast with dual LED multicoloured 'True Tone' flash (which apparently will help to grab images which look more natural) and slow-motion video capability.

Forget the fingerprint scanner built into the new circular home button, if the outrage from privacy campaigners and technology nay-sayers will let you. Even before anyone has tried the Touch ID system the Internet seems to be filling up with people saying it won't work. However, the sub-epidermal scanner is there with a 500 pixel-per-inch resolution and can be used (once set up) to unlock your iPhone 5s by simply touching the home button and scanning your (encrypted) fingerprint. Touch ID will also enable iTunes purchases under iOS 7.

You can even forget iOS 7, the all new, all dancing operating system which has the honour of being the first bit of Apple software to be created by Apple hardware designer Jonathan Ive. Better known for his work on such things at the iMac, iPod, iPhone and iPad, Ive has given iOS something of an Android-Windows-alike makeover with brighter colours, flatter layers and a new set of touch gestures.

What you simply cannot forget, however, is that 64-bit smartphone status. An iPhone that, and we have to take Apple's word for it right now, runs twice as fast as the previous model. Indeed, with a new chip that has more than a billion transistors (double the previous chip transistor count) Apple also points out it is some 40 times faster than the original iPhone.

Outside, the iPhone 5s looks very similar to the iPhone 5, colour schemes and circular home button aside, with pretty much the same dimensions (123.8 x 58.6 x 7.6mm) and weight (112g). It's what inside that is really exciting though, and in my own geeky way I really do mean that: the all new A7 chip has a desktop class 64-bit architecture to boost the performance of the handset. Considering many people use smartphones as laptop replacements nowadays, seriously even if you don't and I don't they do, a beefed up CPU and graphics performance is important. Which is why Apple has also stuck a M7 motion co-processor in there to capture and process the accelerometer and gyroscope data for example, taking that work away from the CPU. It is expected that developers will exploit the M7 within fitness apps for example. If games, rather than health-apps, are your thing, then don't panic. The iPhone 5s also runs OpenGP ES 3 so truly graphically intense gaming should be no problem at all.

UK availability and pricing (your region may vary, so check with the Apple Store) is that pre-orders are being taken now and it will go on sale from 20th September. The cost, assuming you are not going through your mobile network provider for a much better deal as and when they are rolled out, will be £549 for the iPhone 5s 16GB. £629 for 32GB and a whopping huge £709 for the flagship 64GB model.

I simply don't understand people these days. I only need phones to call and text :)

My wife is very happy indeed with her six year old non-smart clamshell. She is only interested in voice and text.

I, on the other hand, use my iPhone as my satnav, MP3 player, radio, camera, and video recorder to name but a few things. I'd need at least three separate devices to lug around with me, in addition to the phone, if I wanted all of that on the move otherwise.

Smartphones serve a very real need these days. But, horses for courses :)

I got myself a little Windows 8 touch screen for £60. Does the job.

With Iphones you're restricted to what you can download, so why have 64bit?

I've got to say I've always been of the opinion that iPhones are over rated, over priced, average smartphones with Apple still riding the on the back of the ground breaking advances of original iPhone (and great marketing) by churning out handsets with little improvements.

After reading specs and reviews though my opinion of the 5s is completely different. I've recently bought the Lumia 520 because I only needed something basic that lets me go on the internet, music, satnav, calls and texts which means I won't be upgrading any time soon...

However my lovely girlfriend is due for an upgrade next month so if I'm nice enough I might be able to convince her to get one and drain the battery on her on a daily basis!

With Iphones you're restricted to what you can download, so why have 64bit?

There are currently a tad under 900,000 apps available from the App Store (historically, if you include those no longer available, there have been 1.25 billion) and the Google Android available apps figure is roughly equivalent.

Plenty of choice there, I would say. Sure, if you are talking about the walled garden approach to app distribution by Apple, then there are restrictions. Given the number of malware infected apps for Android compared to those for Apple (through the respective app stores rather than including apps for jailbroken iPhones) then this policy has had a distinct security advantage.

If you are saying a 64-bit chip would not benefit users, immediately and in months to come as apps are rolled out that exploit the A7/M7 combo and that OpenGP ES3 support, then, well, methinks you are only in this thread for the trolling ;-)

Edited 8 Years Ago by happygeek

Smartphones have their place... Having a data-enabled smart phone with Juice-SSH client on it and an RDP client on it has saved me in a pinch on more than one occasion.

My first IBM computer 8 bit (7 really the 8th bit was faked) running DOS on 4 Mb of RAM had a database, spreadsheets, text editor and I could type out letters on a clunky keyboard and print on a dot matrix printer too.....so why have 16 bit? Oh that's right....so it would no longer take 90 seconds to get to the next page.

I mean really....the onset of 64Bit in smart phones yields the next step in mobile computing. In todays world accessing information is crucial to running your day to day life. The more I can access "on the run" the more I can relax when I get home. Bring it on!

Edited 8 Years Ago by mlm2gether

My first IBM computer 8 bit (7 really the 8th bit was faked) running DOS on 4 Mb of RAM had a database, spreadsheets, text editor and I could type out letters on a clunky keyboard and print on a dot matrix printer too.....so why have 16 bit? Oh that's right....so it would no longer take 90 seconds to get to the next page.

But why do we need it yet? I mean it's not as if phones are slow nower days. It's actually paying more for resources we don't need...
My £60 is damn quick for what it is. I have no latency issues, nothing is slow etc etc. I just don't see the reason to be expanding into something like 64bit if there is no direct need for them yet.

methinks you are only in this thread for the trolling ;-)

Just because I have an opinion which differs from yours doesn't mean I'm a troll. If anything I'm far from a troll I'm offering a different point of view.

Edited 8 Years Ago by bradly.spicer

Did you spot the winking smiley? I wasn't being 100% serious with the trolling comment (ironically, it was almost a troll itself, albeit unintentionally so).

As for the 'no direct need' comment, well, if everyone always followed that course then we would still be using 8bit architectures (sort of) - innovation is driven by those who push the boundaries. By producing a 64bit smartphone Apple will encourage app developers to innovate, and who knows what they will come up with?