In this tutorial I am going to be going over subsurface scattering, sometimes considered as the holy grail of 3D rendering, in blender cycles.

So what is SSS and why is it important?
'Subsurface scattering (or SSS), also known as subsurface light transport (SSLT),[1] is a mechanism of light transport in which light penetrates the surface of a translucent object, is scattered by interacting with the material, and exits the surface at a different point. The light will generally penetrate the surface and be reflected a number of times at irregular angles inside the material, before passing back out of the material at an angle other than the angle it would have if it had been reflected directly off the surface. Subsurface scattering is important in 3D computer graphics, being necessary for the realistic rendering of materials such as marble, skin, leaves, wax and milk.' -quote from wiki

It is this effect that gives our renders that realistic look. Skin for example exhibits good SSS. Mainstream movies use this all the time. The most recent installment of 'The planet of the Apes', for example, have used 'Arnold Render by Solid Angle and some of the results are just breathtaking. Solid Angle have taken a novel approach to compute SSS, at the moment their render engine is considered the industry standard.

Without further ado let's get started in blender.

The scene setup is fairly straight forward. We won't be using a plane for the object to sit on, we just need an object and two emissions lights either side. The world background will be completely black to better show off the SSS. 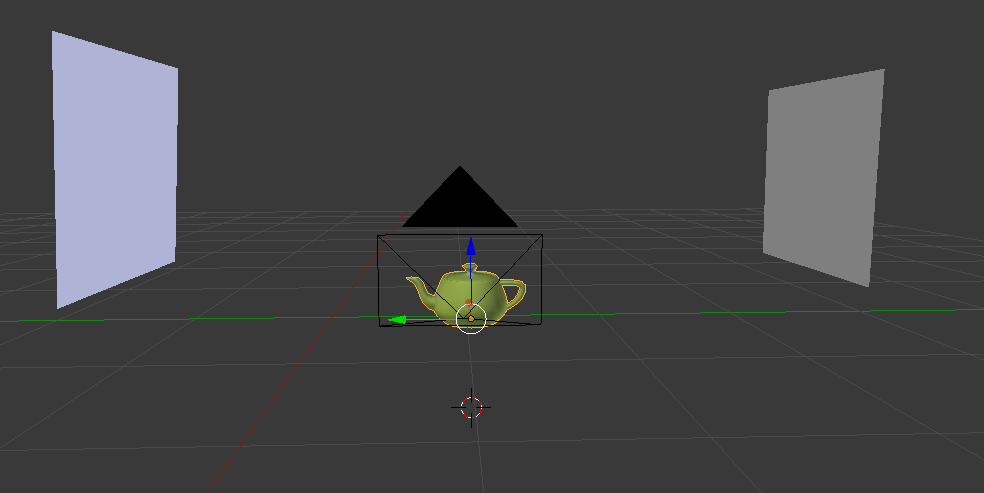 The SSS setup is fairly straight forward. I like to add a transluent node with a glass node as this further enhances the SSS.

In our SSS shader the important values are scale, this should be set from 0 to 1. Depending on the scale of your object this determines the transparency. A value of 0 will give a diffuse look, whereas a value of 1 will give a waxy look. Here is the node setup. 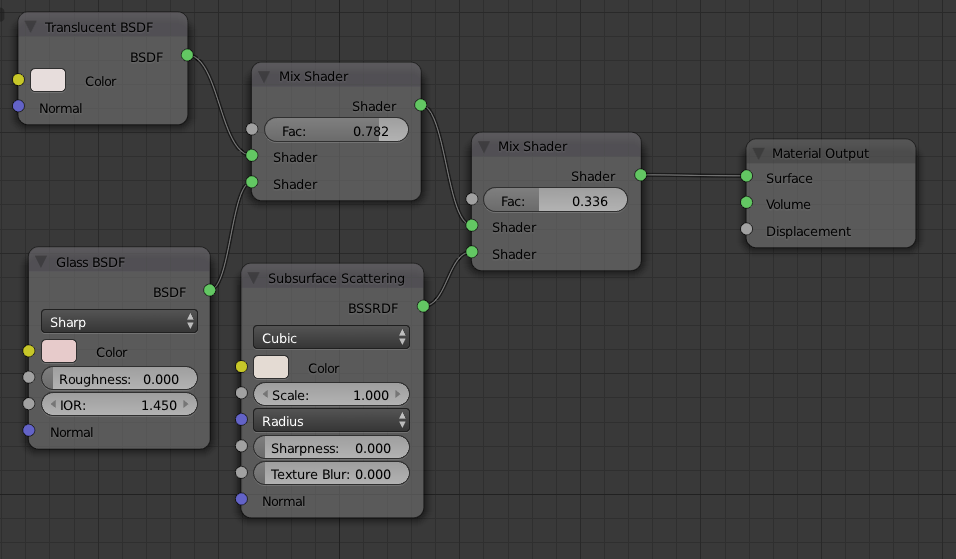 So let's see a quick render.

To compare let's see a material with just a diffuse material render. 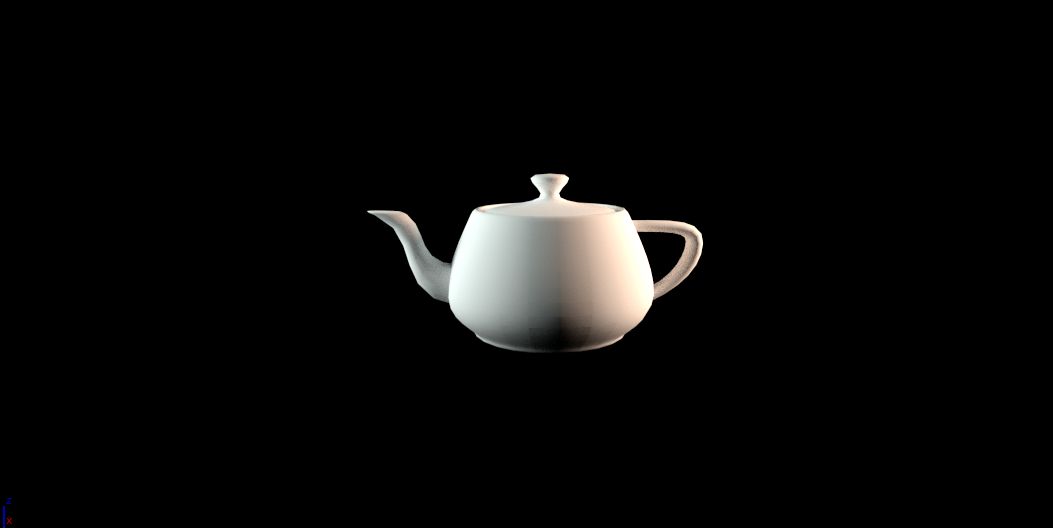 As you can see the diffuse material looks flat. Where SSS comes into its own is using skin, fruit and organic material. See an example of my model below. 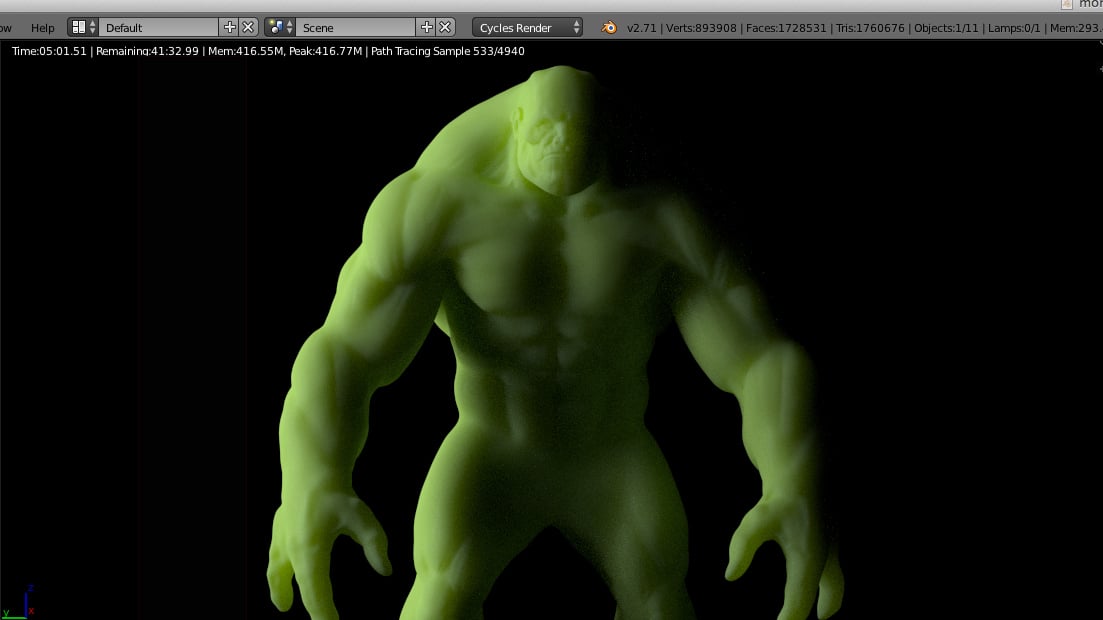 So have a play, I've attached two files, one that contains a bunch of primitive objects with a wax material and the other that contains the scene setup for the teapot. Remember kids you don't need to shell out lots of $$$ for Maya or 3dsmax. Production quality renders and now available to all. Just visit http://www.blender.org/

Do you know how to setup SSS in Mental Ray ? I use Maya, previously Softimage, now Softimage is EOL.

Don't know mentalray should have a shader called fastsss or something like that, you would have to follow the tutorials as I am not familar with anything but blender.

Edited 8 Years Ago by iamthwee

I was asking you, if you knew Mental Ray. I know Mental Ray very well !

Oh sorry, I was confused by your reply, I thought you was asking if I knew how to set up sss in mental ray. FYI, I don't know much about maya at all, I've brought myself up using blender predominantly because it is freeware, and although I could have got myself an illegal copy of maya which has ridiculous costs I like to stay the right side of the law.

It is true maya is probably the industry standard but for hobbyists looking to dip their toes blender usually tends to be the first port of call which is why I decided to write a few tutorials on the subject.

I understand your position, any way is good, depends on what you do with it, if your serious, you own, or will own a copy eventually.

I'm learning the UI for Maya, coming from another package the concepts are similar, it's navigating around which is the hiccup, "how do I make curves animate with deformations" as an example, which is something I'll need but don't know how, yet.

I wish there was Maya for smart phones, I'd love to cloud my object, pull it, UV, when I get home if I'm too exashted, I know I did something while away from home.

Reach out to all the awesome people in our ui / ux design community by starting your own topic. We equally welcome both specific questions as well as open-ended discussions.