Recent events had me think of Franz Kafka. Specifically of changes to bureaucracy and legal actions to make it more challenging than necessary.

For a quick re-introduction to what Kafkaesque is, watch https://www.youtube.com/watch?v=wkPR4Rcf4ww

Another fine example of getting caught up in the bureaucracy is how we treat out homeless (arrest them, fine them, what else?) and immigrants. While I have little problem with illegal immigration if you listen closely many consider immigrants to be same as the illegals.

Our new immigration and asylum system is veering toward or now is "Kafkaesque" as the bureaucracy is set to reject them all.

The homeless which you can debate why this is rising is also becoming subject to Kafka ideas as not only did they lose it all but now they may be fined and get caught up in our legal system which is very expensive to deal with.

So that's two fronts our society is failing at which this thread's namesake is definitely not helping.

Need another way to attack your own? Raise tariffs and decimate your agriculture industry. But that's a discussion unto itself.

"This irregular channel of diplomacy it’s not as outlandish as it could be, is that correct?”

Isn't that sort of like a defense lawyer saying "My client killed six people, but it could have been worse, Right? He could have killed seven."

Is that the best defense they could muster up?

Day two of the hearings and I almost forgot to break this out. 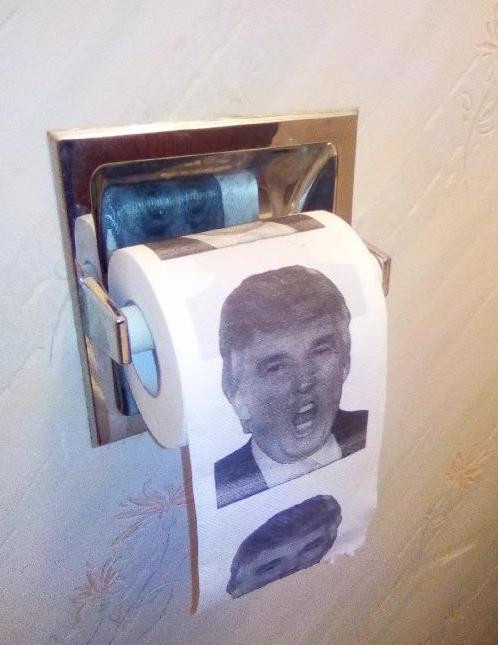 Unfortunately, like everything else with Trump's name on it, it is of low quality. Nothing sticks to it. I hope that isn't a sign.

Edited 3 Months Ago by Reverend Jim
rproffitt commented: "An attempt was made." Sideshow Bob defense? +0

The Deutsche Bank executive who signed off on Trump's loans has committed suicide, possibly in anticipation of being called to testify during the impeachment hearings. I suppose an obvious question would be was this an Epstein-style suicide?

rproffitt commented: I'd take that bet. Along with another one on Randy Andy. +0

Thanks to Trump, who has normalized outrageous statements and behaviour, Danielle Stella, Ilhan Omar's GOP opponent in the next congressional election, has publicly called for Ms. Omar to be tried for treason and hanged. Anyone else worried about where the US is headed?

The scary story to me is about our hidden detention camps and immigration courts not open to public inspection.

"What we do in the shadows."

I rarely use the term Nazi but the US is heading toward such a system with secret courts, secret evidence and hidden detention camps. While we can find such information on the web today, the next two searches will inflame some. Mostly those that tend to support such systems. Sadly less so to those that find such systems abhorrent.

I once had a nice article to link to about how the Nazi's started with such actions in secret then moved to doing them in public and how the public accepted them as they became the norm.

Not just Trump.
Wasn't it Bush who was in charge when the US started snatching people off the streets of foreign countries and torturing them in sectret camps outside the US (so no danger of any kind of legal support or due process). They called it "extraordinary rendition".

Yup. Bush, although I seem to recall that th US did the snatching but farmed out the actual "enhanced interrogation" to third parties (at least on paper).

It will be interesting to see if the GOP follows their own "Garland Rule" should Ruth Bader Ginsburg decide to step down in 2020. Spoiler alert - of course they won't.

Joe Biden just released a video ad roundly stating Trump is anb incompetent fool who is being openly mocked by world leaders. I can' wait for Trumps reply, likely by tweet, I expect it will be something witty like "I know you are, but what am I?"

Gotta love how the GOP just keeps inventing rules. The latest one reasons that because no president has ever been impeached during his first term, we should not impeach Trump.

rproffitt commented: Maybe we have to wait for the third term. "Donald Trump Deserves A Third Term, Say Some Supporters" +0

GOP accuses Democrats of dirty politics because they are following the constitution and rules of the senate.

We’re not going to let Nancy Pelosi use the rules of the Senate to her advantage. This is dangerous to the presidency as an institution. ... If we don’t get the articles this week, then we need to take matters in our own hands and change the rules. - Lindsey Graham

It's unclear how he can accomplish this because he needs 67 votes in the Senate to change Senate rules. They don't even pretend to play fair anymore.

An Iranian government official seemed to suggest that President Trump’s properties could be potential targets in retaliation for the US targeted killing of Iranian general Qassem Soleimani.

I'm not sure how this will play out but most say this makes his properties less appealing than ever before. Also, should US forces defend said properties?

Agilemind commented: They have to because innocent civilians still work & live there. Let's not have our hatred of Trump make us become as bad as him. +0

On the plus side, nothing associated with Trump could in any way be deemed "cultural" so that wouldn't be classified as a war crime.

Another week and another impeachable offense. Trump threatened the Republican senators with “Vote against the president, and your head will be on a pike.”

This is called jury tampering and it is a crime. Senators must take an oath to be impartial (even though many have already said they will operate in lock-step with the White House). This is also grounds to impeach senators.

Abuse of power was our judgment that Clinton had improperly employed the powers of his office, including meritless invocations of the doctrine of executive privilege.

The difference is that was then; this is now.

Edited 4 Weeks Ago by Reverend Jim

Trump has admitted that if he wins this November he will consider cutting back funding for key social programs including Social Security, Medicaid, and Medicare. I guess those tax cuts for the rich aren't going to pay for themselves as promised.

Here's the thing, the fact that Trump says 'F the rules, I do what I want', is exactly why many of his supporters like him. They want him to abuse his power because it means he at least has that power and "stuff gets done" if it that stuff is completely self-serving and morally reprehensible rather than the endless arguing and stalemates. Forces on the political right (and to a lesser degree on the left) have succeeded in eroding the public trust in our institutions so when a politician comes around and blatantly flaunt those instititions people cheer them on.

The motto of USA culture today is: "winning at any cost". Lie, cheat, steal, doesn't matter as long as you win its just smart tactics/smart business decision, and those who critize you are just jealous that you beat them.

Edited 4 Weeks Ago by Agilemind

And I'm sure many of them depend on those services he plans to cut which is exactly why I consider his supporters morons for the most part (see my signature). Most are likely able to think and reason, they just choose not to. His billionaire backers are just contemptible, entitled, (rude gerund) assholes.

I loved a recent man-on-the-street segment where the reporter got the "he gets stuff done" from the interviewee. When asked "what stuff?" he couldn't think of even one thing.

The motto of USA culture today is: "winning at any cost".

I thought this was the new US motto 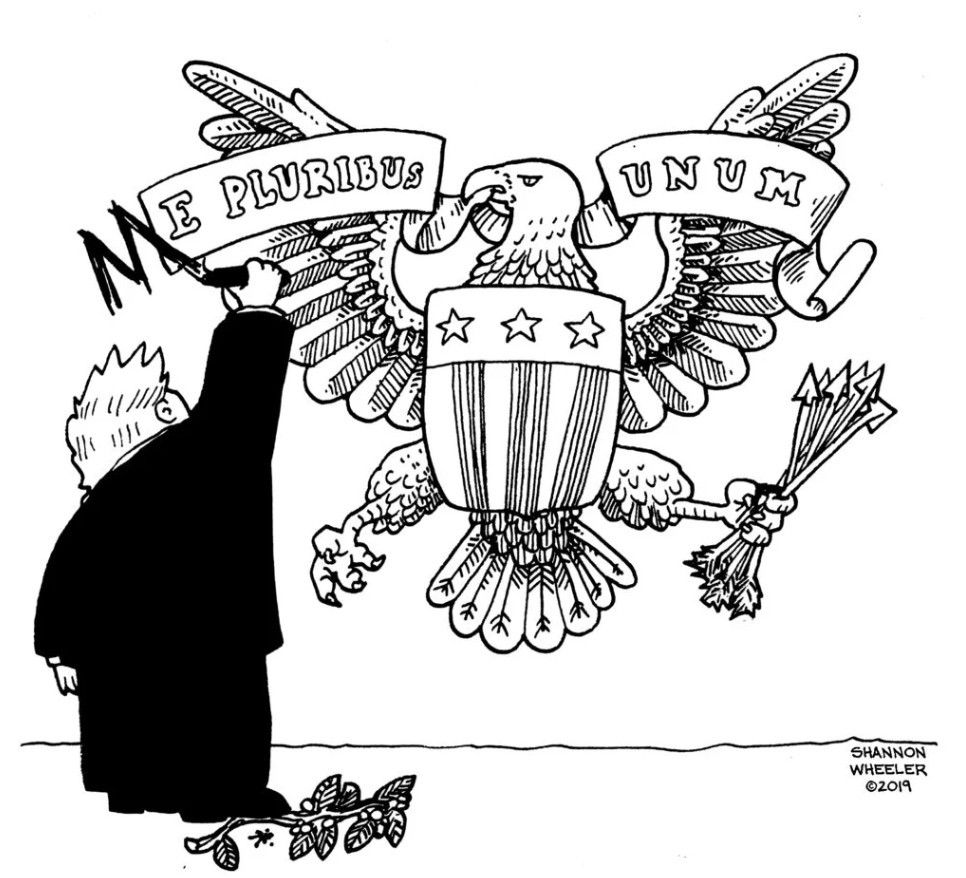 Edited 4 Weeks Ago by Reverend Jim
rproffitt commented: "This is mine. This is also mine. All this is mine too." Sadly, the olive branch is lost. +0

I'm not holding my breath.

You sound like a typical snowflake. Impeachment will save us.....LOL...Trump 2020

Edited 1 Week Ago by Reverend Jim: Better to show this for what it is.
rproffitt commented: What is ad hominem? +0

I had previously deleted the above post under the "keep it pleasant" rule. On second thought I'd rather leave it visible to show the vacuity of the typical Trump supporter arguments.

If you want to have an intelligent conversation I'm up for it. Instead you responded by name calling. You couldn't attack the argument so you attacked the person. If you have a response to the mountain of evidence aginst Trump, other than the usual "fake news" or "lies", then let's have at it. But if you are just going to spout conspiracy theories then don't waste my time.

Edited 1 Week Ago by Reverend Jim

I am surprised you have it in you. Good job!

As I expected. I called for an intelligent conversation and after calling me a snowflake the poster has yet to post anything worth pondering.

Incidentally, compare Obama's response when a Right Wing pundit compared the First Lady to a gorilla (he ignored it), to Trump's response when someone posted a picture of his tan line under his hair (he went ballistic). Who exactly is the snowflake? Or the GOP storming the impeachment inquiry facility, loudly proclaiming to the media how they had been "locked out"? Keeping in mind that the spokesperson leading the protest was actually on the committee holding the impeachment inquiry (and several other GOP members were also on the committee).

Trump unveils high-tech model of a wall that is virtually impossible to climb, signing it with a Sharpie and stating "No more people can come in."

One month later, a climbing group in Kentucky builds a full scale wall to that spec and holds a climbing competition. The wnning time was 13.1 seconds. Sixty-five people climbed it including an 8-year-old girl. One person climbed it one handed while juggling with the other hand.