Patently mad: Samsung to pay Apple $1.05bn for round corners on icons

A jury in the US has, after just three days deliberating, ruled that Samsung must pay Apple more than $1 billion in damages. The lawsuit had focussed on alleged patent infringements by Samsung in terms of both software and design relating to Apple's iPhone and iPad devices. Although not all of the claims made by Apple were upheld by the jury, it did agree that several Samsung devices had violated the intellectual property rights of Apple. At the same time, claims by Samsung that Apple had breached several of its patents were dismissed by the jury. 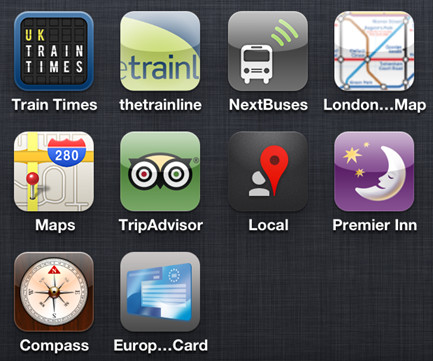 Samsung is expected to file post-verdict motions to overturn the decision as soon as possible, vowing to take the matter to the Court of Appeals if necessary in an attempt to prevent Apple from seeking a ban on the import of several Samsung smartphone and tablet devices into the US market. Given that the two companies currently have more than half of the worldwide sales of smartphones and tablets wrapped up between them, the money at stake is huge. Perhaps unsurprisingly, as a result of the verdict Apple shares spiked, with the market value of the company seeing a two percent increase.

Equally unsurprising, and many industry observers who have become increasingly frustrated with the outcome of patent disputes in the technology space during recent years would agree, Samsung saw the verdict as less of a win for Apple and more a defeat for the consumer. A Samsung spokesperson said that it would lead to less choice, less innovation and higher prices, adding "it is unfortunate that patent law can be manipulated to give one company a monopoly over rectangles with rounded corners".

Of course, the truth is that the case did not just concern the matter of rounding the corners of a rectangle, but a whole bunch of software and design concerns. The trouble being that these are the features that pretty much every touch-screen smartphone and tablet employs, from the icon grid to the rounded-rectangle shape. Yep, Apple owns the patent and therefore the legal rights to not only the look of icons on a touch-screen but also the detection of 'finger gestures' on the same. A great example of why the technology patent system needs either ripping down or revamping at the very least. Some things are too broad, too generic to be patented, or at least should be. Yet with aesthetics such as rounded corners on a rectangle (the shape of icons) being passed through the patent process, common sense appears to have been long since thrown out of the window.

Apple may well be rejoicing today, and indeed it is with statements such as the verdict "sending a loud and clear message that stealing isn't right" and how Apple values "originality and innovation". However, that doesn't make it right and nor does this verdict. Before you accuse me of being a 'hater' I should point out that, actually, I am something of an Apple fanboy. I own both iPhones and iPads, and am something of an evangelist for their usage. That doesn't mean that I defend the indefensible, and that's what the majority of these patent infringement decisions appear to be...

What do you think? Was the court right to rule with Apple? Was Apple right to take Samsung on over this? Will the verdict strangle innovation? Does the technology patent system need to be revised? Join in the DaniWeb conversation and let us know.

Not too surprised for Apple to make this move.
This is just another petty attempt to monopolize the market on mobile devices and this is another example on how low they can get.

I'm more surprised the court actually sided with Apple with this one than the whole issue of Apple sueing Samsung over the designs.
Come on.. they have the copyright on round corners on icons and necessary softwares for touch screen technology and the court actually believed this.

I agree HG, this is totally indefensible. I don't own any Samsung or Apple products. Strike that i have a very small iPod nano (does that count??). How the hell can you patent a swipe on a touch screen? What the hell are you supposed to do with it, lick it? Rounded corners - oooh how innovative. Will Apple be remembered as the father of the round corner à la Pablo Picasso? It makes you wonder how old these judges are. Reaching a decision like this puts their ability to decide whether to stop or go at a red light into question.

Grid systems and square icons have been in existence since cuniform writing, Mahjong or at least Snakes and Ladders. So if you design a mobile interface, you have to develop a different system. Give me a break.

Let's not forget that Steve Jobs, in that Triumph of the Nerds video from 1996, referenced the Picasso quote "Good artists copy, great artists steal. And we have always been shameless about stealing great ideas" - after all, when Apple 'borrowed from and expanded' the GUI which Xerox had developed that was OK wasn't it? Which is what really stinks about the current patent infringement actions, the damn hypocrisy of it all...

Happygeek has a point in there. I was going to mention it, but he came first :) . I'm old enough to remember the GEM desktop and how apple stoped it for copyright infringement. The way things are going, looks like someday someone is going to copyright brething and we are all going to pay... (i exagerate obviously) the icons with round corners aren't inovative nor the gestures in sensitive screens (I steel remember the Palm PDA's). so go ahead and copyright code but not functionalities nor general look and feel. We had the Enlighment desktop in Linux, should Linus put microsoft with windows vista and 7 in a court?

By the way, your anti spambot calssified my answer "yes I am" as non human. Do we have answer like machines?? LOL

It must be existing in some new model samsung fone cause i personally have good experience of using samsung. they theirself have very awesome programming. well if they had done this they are responsible to pay panelty.

This is just another petty attempt to monopolize the market on mobile devices and this is another example on how low they can get.

I don't see why they'd sue for that much because of round corners... why not sue other companies for using their touch screen idea and so on... This shows apple has power... but the case wasn't very meaningful.

Hold on, Before I say what I want to let me just point out I have not favorites of phones.

While apple may be thinking they won something and are skyrocketing in cash, this isn't the case and ill explain why.

People say Steve jobs wasn't smart an inventor/innovated but he was just surrounded by smarter people and eventually came up with you know what......

Well that is false, ever since Steve Jobs died Apple has been releasing the same thing over and over with new software etc(besides for the IPad mini), so basically if they keep this up sales will eventually decrease and Samsung will take the lead and laugh at Apple.

Going for court for something like this just shows how Apple thinks, I believe someday the technology world will change and claims on these kind of things will be banned.

Hopefully before that day Samsung or others will come out with 3d designs and copyright it, Lets see what Apple says then.

Yes, it was wrong for the court to said with apple

Yes Samsung has copied Apple Patent for rounded-rectangle shape icons.It has got plenty 1.05 Billon because you can't copy alleged patents from any company.ButI don't think it affect much samsung....Who is ruling Smartphone market:)