No Google Glass for most developers until 2014

The Google Glass wearable computing 'enhanced reality' project got off the ground this week at the Google I/O Developers Conference in San Francisco earlier this week. Around 6,000 developers were present to see a demonstration of the futuristic technology which integrates a small video-display suspended from the arm of the headset which is worn like a pair of spectacles. Complete with Internet connectivity, a battery in the arm and the ability to change the perspective of the video stream as you move your head, the Google Glass prototype is no heavier than a standard pair of sunglasses and just as comfortable to wear. 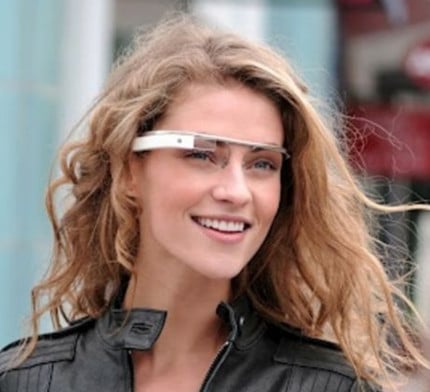 The good news is that Google Glass is no pie in the sky vapourware project. The proof of that came when the pre-order books for the Google Glass Explorer Edition were opened at the conference to enable developers to start creating applications for the device as soon as possible.

The bad news is that those developers who do pre-order, and at the time of writing it is thought that in excess of a thousand have done just that, will have to wait until next year to get their hands on the prototype device. What's more, it will cost them $1500.

The worse news is that if you are a developer who wants to get a heads-up on the heads-up wearable computing revolution that Google Glass could just kick-start, then you are most probably out of luck. Unless, that is, you were at the I/O conference as pre-orders are only being accepted from conference attendees; and then only if you are a US-based developer.

According to Google co-founder Sergey Brin you won;t have too long to wait though as Google Glass is scheduled to hit the consumer retail market no later than 2014. Brin also says that the Explorer Edition developer prototypes will be available 'early next year'.

A product of the top secret Google[x] Research Labs, Google Glasses look likely to take augmented reality (AR) out of the science-fiction realm and firmly into the real world. While AR has been around for a while, and plenty of us already make use of smartphone and tablet-based AR apps, the ability to make this kind of computer enhanced spacial awareness a totally hands-free experience could make it more mainstream. Assuming that the mainstream doesn't mind looking, well, just a wee bit nerdish in those specs.

Think of Google Glass as bringing your smartphone screen into your field of vision, a true heads-up display for everyone. Mapping while you walk could mean you never get lost again. Instant messaging via on-screen SMS and a Siri-alike interactive voice controlled assistant could become a reality. And, of course, Google searches would provide you with the answer, or at least an answer, to just about anything and just about anywhere you are. Pub quizzes will never be the same again.

Not that there is any guarantee that Google Glass actually is a vision of the future. A combination of cost (there is no indication of how much this device might sell for as of yet) and geekiness (Google Glass is not, it has to be said, the most stylish of designs) could scupper the thing no matter how clever the tech behind it. Maybe when the Apple version appears things will change, and one has to assume that Apple will be watching developments very closely and thinking about how an iGlass might fit into the product line. 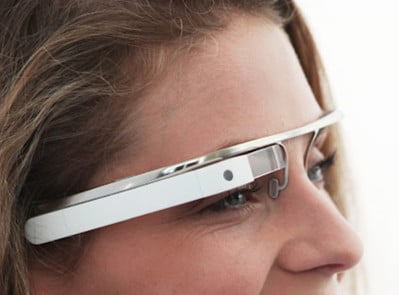 Of course, there are also technology hurdles to navigate. Not least the problems of navigation if the connection drops. Google Glass will not have any extensive computing hardware on-board, that would make the headset simply too heavy to wear and has been the single most important factor in holding back the concept of wearable computing over the years. The emergence of the cloud, together with always-on mobile broadband via 3G, has largely overcome that. However, if the Google Glass relies upon the cloud to deliver its content, then it relies upon connectivity in order to work at all. What happens if you lose that signal, if you are in an area which gets no signal, if you travel to a different country? There are, obviously, lots of questions yet to be answered.

Perhaps the biggest one being 'what is the killer app?' No, seriously. Is it really route as you walk satnav? I don't think so, as I can do that with my smartphone without any additional expense or yet another device to charge up. Text messages on the move? Erm, ditto. Augmented reality apps? Possibly, but they would have to offer something different to the ones already available that tend to be of the satnav variety (show me where my nearest subway station is and guide me there) or the tourist variety (here's some information about the building you are approaching). Neither offer a compelling reason to spend money on Google Glass.

The DaniWeb community is stuffed full of developers, so the question is have you pre-ordered the Google Glass Explorer Edition and, whether you have or not, can you envisage a killer app for the device? Joint the conversation and let us know.

If it had a projector that was linked to your device screen (and that device screen was at home or in your pocket) that showed your monitor on the nearest available wall (or flip down lense); and a tiny ray that displayed a light 'keyboard' on the surface in front of you; and all these could be incorporated into ANY pair of spectacles (reading glasses, sunglasses etc...) that would be interesting/useful.

A similar wish written up here

You can bet that if Yapple get hold of this there'll be a socket for the ole iPhone and all of a sudden you'll be carving up 20-odd schoolkids as you watch the latest sports news while driving your articulated truck. I hate headphones - anti-social plague that they are - more chewing gum for the eyes? Oh please. Is this progress or a way to totally alienate humans from interacting with the human world? What happened to the joy of trying to find somewhere yourself? No satnav, no smartphone location widget nonsense? Oh that's right - you had to actually ask for directions (women only, of course) - i.e. interact with another human. Stressful. Texting somebody with nonsense that surely couldn't wait until 'never'. I better stop as I feel another rant coming on.

A suitable use for these would be medical glasses for displaying surgeon's tools inside body, e.g. keyhole / delicate surgery etc. Special forces / SWAT etc clearing houses with use of remote cam. Everyday use? Please no. Toys for the infinitely dumb and the desperately poor.

Google is something Extra Ordinary Product introducer.... whenever Google tries new things it clicks as quickly as nothing else...

Toys for the infinitely dumb and the desperately poor.

gosh ,at first you made sence,[Is this progress or a way to totally alienate humans from interacting with the human world?]then you insulted the masses. I will never own a pair as im neither of those of who you speak .lol

Edited 9 Years Ago by caperjack

He he. Supply creates its own demand and the masses, the great unwashed - call us what you will - will love them for it. Dehumanization is what I call it.

Dehumanization is what I call it.

Edited 9 Years Ago by caperjack

Talk about another human hazard. What happens when you are busy reading your book or watching a video while crossing the street or driving?

Google always introduce something new to the market and world.

Oh please. Is this progress or a way to totally alienate humans from interacting with the human world? What happened to the joy of trying to find somewhere yourself? No satnav no smartphone location widget nonsense?

I agree. But not everything they produce is awesome.

Edited 9 Years Ago by cproger because: confusing

The model ... She looks nice with that Google Glass.

I can't imagine if I was driving and get pull over for wearing Google Glass.

I'm not sure if I get a warning or ticket for that.

I read this article and it was really weird and there was an crime capture from Google Glass:

I mean it change the way I think of Google Glass now since something like this happened.

He he. Supply creates its own demand and the masses, the great unwashed - call us what you will - will love them for it. Dehumanization is what I call it. 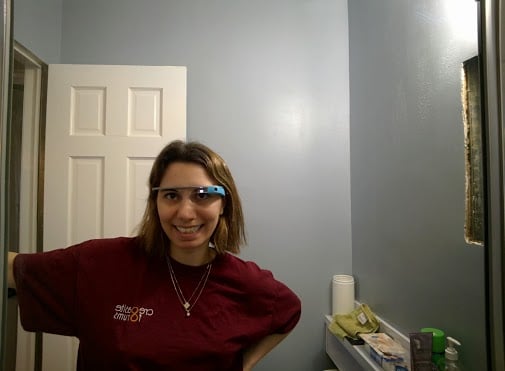 Is that a big square hole in your wall?

I am guessing your setting up a mirror or a type of storage unit?

Is that a big square hole in your wall?

That shirt actually had an embroidered logo for http://www.cre8asiteforums.com/

So cool if can own one!

I think it is temporary on hold. It will soon some back with a bang and we all will be surprised!!

interesting article awaiting to see the next production of google.