iPhone or Android: one cable to charge them all 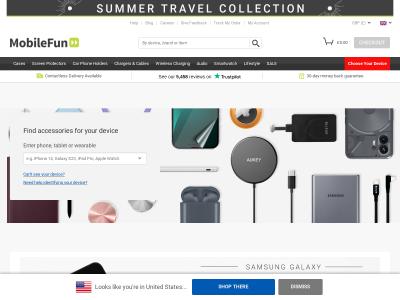 http://www.mobilefun.co.uk
Price
Â£7.49
Pros
3-in-1 charging and syncing solution, cheap, pocketable, overall construction feels pretty solid
Cons
The clever 3-in-1 connection clip/unclip storage system is a potential weak point - but only time will tell
Summary
I admit that I never thought I would find myself reviewing a charging cable, but the One|Cable is no ordinary bit of plastic and wire: this clever pocket-sized cable can pretty much make every other gadget charging cable you own redundant. It's cheap, well constructed, very small and nothing short of an essential addition to the pocket-armory of any self-respecting gadget geek on the go.
Rating

Continuing the Lord of the Rings theme that I started with in the title of this review, I believe it is Gandalf who says "there is only one Lord of the Ring, only one who can bend it to his will. And he does not share power" but he sure wasn't saying it to the One|Cable. It exists to share power between most every kind of mobile device you own, apart from those that have a proprietary charging connector which are not made by Apple. As long as your smartphone, tablet, satnav, MP3 player, Bluetooth headset etc etc accepts either an Apple 30-pin, MicroUSB or MiniUSB cable connection then you are well and truly sorted for power. 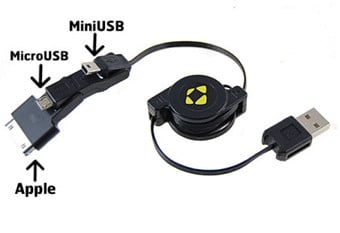 All you need to add to the One|Cable is a power source, and so far I've used my laptop, an Apple iPhone USB 'plug' and the Mophie Juice Pack Powerstation Duo which I reviewed here at DaniWeb recently. This light and compactly designed unit, with the 70cm cable length retracting into one of those central 'pull at both ends to unwind and rewind' spools, is a seriously essential piece of kit if your mobile gadget collection is anything like mine.

So far I have successfully charged an Apple iPhone 4S, an Apple iPad 2, an Amazon Kindle Touch, a SanDisk sansa clip MP3 player, a Kensington KeyFolio Pro 2 Bluetooth iPad keyboard, and a Kensington Presentair laser pointer using it. The only thing I have been unable to charge was a rather old Samsung mobile phone which uses a proprietary connector. As most manufacturers of mobile devices have moved towards miniUSB or microUSB connectors these days it's not much of a drawback though. Especially as the one big exception, Apple, is catered for by way of that 30-pin connector. Of course, if you have invested in an Apple iPhone 5 then the new Apple Lightning connector will stymie your One|Cable charging and syncing attempts.

Considering how cheap this is, I purchased mine in the UK for £7.49 which works out to $12, the One|Cable feels surprisingly solid and sturdy in construction. Certainly the retractable cable spool doesn't feel like it is about to snag or snap, as some similar cable devices I've bought before did, and even the one possible weak point (the multi-connector plug) actually feels like it's not going to break. Only time will tell how well that clever three way connector lives up to constant clipping and unclipping, and if it does break anytime soon you can be sure I will be right back here to report it and revise my review rating accordingly. As it stands, I would put money on that not happening though. 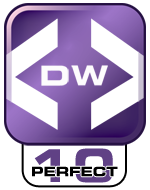 A solution to a problem that shouldn't exist.
If only device manufacturers would get their acts together and agree on a single standard connector :(