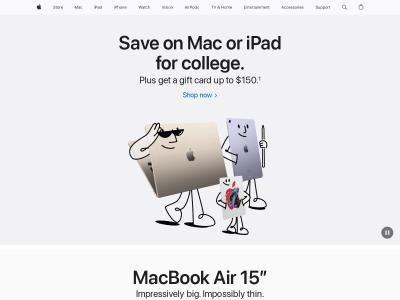 http://www.apple.com
Price
Free
Pros
Multitasking, folder support, unified mail views, spellchecker, playlist creation
Cons
Slow upgrade process, tacky wallpaper, lack of multitasking support amongst apps
Summary
iOS 4 is, of course, an essential upgrade for any self-respecting iPhone 3g/3GS owner but don't expect miracles. However, for the multitasking alone it's worth upgrading, or at least will be when more apps support it.
Rating

If you cannot wait to get hold of the new iPhone 4, should you have been lucky enough to have successfully pre-ordered, then you could always upgrade your existing iPhone 3G/3GS to iOS 4 and get many of the same features.

Be warned, though, the update itself is not without some problems. Things got off to a bad start when the iPhone 3GS decided to take rather longer than usual to back up before starting the upgrade procedure. A deep breath, a reboot and I started again, but the upgrade froze during the backup portion completely. Third time was the charm, although it was still a painfully slow process which took over an hour from start to shiny new iOS 4 finish. I've read reports across the Internet of users experiencing very similar backup freezing and slowness. But once installed, what does iOS 4 bring to the iPhone party which is worth waiting for?

Well the multi-tasking support is great fun. Or at least it would be if more third party apps actually supported it. So far I've been able to enjoy using a Twitter client (Twittelator Pro) and Safari, cutting and pasting between the two and accessing them with the 'double home click' trick to pop up icons for running apps. I can listen to streaming radio courtesy of the TuneIn Radio app which has been updated for iOS 4 while doing something else with the iPhone now, which is nice. But that's pretty much it right now for me. OK, at least I can look forward to a slew of further updates in the App Store as developers get their collective fingers out and push multi-tasking support out to the masses.

I quite like the subtle change to the way the official mail app handles Gmail now, showing the number of messages in a conversational email thread for example. We particularly like the feature which has changed the swipe to delete option to a swipe to archive one - so 'deleted' Gmail messages are now archived and searchable in the 'all mail' box, not actually deleted at all. I also like the ability to get a view of my messages from all my accounts in a single unified inbox which is organised how I want it to be.

I'm also impressed with the new folders option, which enables you to group apps together in single folders on the iPhone desktop. As well as enabling me to hide all those default apps you cannot delete, it means I can now stuff far more apps onto my iPhone desktop.

The iBooks application, supported by iOS 4 and much fuss made of this by Apple, is OK as far as e-book (not i-books if you will) readers go but it's nothing to get overly excited about on a device as small as an iPhone. The ability to create playlists right there in your iPhone is rather cool however, and has been very nicely implemented in iOS 4. Talking of which, the automatic spell checker works well in Mail, Notes and other apps very nicely indeed.

I have not seen any great performance increase as of yet, despite what some others may claim my 3GS has not discovered a new lease of life and gone into high octane mode. And don't even get me started about all that pointless wallpaper...

Agree with you on the wallpaper - seriously considering generating a black bitmap and using that!

Later, I am considering to upgrade my current OS to iOS4. Do I still need to backup my stuffs? I'm not sure if upgrading to iOS4 will make my device go back to zero. Currently, there are no/less FAQs discussing this issue. Hoping for your feedback. Thanks!

@cubekid
I installed iOS4 on my 3GS the evening it became available. But beforehand I forced two backup syncs on the iphone first. Download took about 8 mins on my high speed BB, and the install (while I didn't actually watch the lot) only took about an hour. I've heard of lotsa peeps having much longer installs.
Post install, i have not found one settings that I needed to reset - i.e. the install process preserved al my settings. Contacts sound wifi email photos - the lot remain undisturbed and fine.
The only problem that I have noted is that BlueTooth disconected and turned off in a call. Once. If it hapens again I'll chase the forums. But for now, I'm happy :-)
@PeterBudo - net concluson is bad design and aesthetics dominating function. Only fix is get a "bumper" sleeve (but not from Aple bcos they charge £25). I doubt that Apple will (a) listen (b) change anything

I had the good luck to not have any problems when I upgraded my 3GS. It was transparent but quite slow, about 1 hour for the download and applying. It restarted and everything was right where I left it. Calls logs, emails, SMS, even my apps icons in the same order.
Regarding the new system, I can say that I found a very noticeable battery life increase, at least 30% longer. The animations are really nice now and the overall performance of the iPhone is really better, faster and softer. Options in the configuration pane is now more logical. The threaded email messages are a big improvement too. And the wallpapers are something I wanted, but not as much as the folders, I was looking for an app to do that and I would have gladly paid for that.
The bad parts:
- I don't like centralized email inbox, I always avoid to use that view. I want to see what I get where I got it.
- Multitasking isn't really working for me. I mean, programs are running, like GPS and Google maps, but games won't pause as Jobs showed on his keynote. Maybe those apps need more development. Besides, now I have to be always double pushing the only button I have in order to keep closing the apps I use.
- One thing they promised and isn't working was that you were supposed to be capable to choose the application you would use to open your email attachments. It keeps using that awful preview instead of letting me choose. I get an Excel sheet and it's opened with preview instead of offering me to open it with QuickOffice (I paid for it). The numbers won't show because the row is too narrow and I can't modify that, so I see just "#####" instead of the numbers. Useless.

I think there's some patch needed, maybe iOS4.01? Anyway, it was for free, and it wasn't bad, I didn't loose anything but I got new features, I'm satisfied.

Not really Peter as that is an iPhone 4 problem rather than an iOS 4 one, and this review is about the latter rather than the former :)

That said, looks like Apple is trying to shift the blame away from the hardware implementation and onto the software algorithm for calculating signal strength and in turn onto the user for believing it. Sigh.

Best thing about iOS 4 after using it in anger, and joy, since the day of release? Not multi-tasking, although being able to do something else while listening to streaming radio via my 3GS in neat, but the folders. I simply love them, a really great improvement to the iOS in my opinion. Should have been there from day one!

Got to agree + + re folders. I had eleven(!) pages of apps, now just four. All arranged in sensible categories and genres (thankfully not the same lame ones that App Store uses). Much easier to find stuff, and the kids can have their silly games hidden away in a folder of their own. Result!! Multi tasking is yet to provide me with a "wow" moment, as all the apps I want to multi-task (CamerAlert Skobbler Skype) just don't.

Edited 12 Years Ago by PedroStephano because: spelling &amp; reword a bit

Thought I'd share my experience with upgrading to iOS 4 on my 8 GB 3G. The upgrade seemed to go fine, taking about 30 minutes or so. Slowly, over the next week I started to experience terrible lag and performance issues. Every interaction took several seconds to complete, almost to a point of being unusable.

If I rebooted (hold sleep/wake button plus home button) it would be better for about a day but. I finally decided to perform a restore to wipe the device. After it did so I restored the latest backup and now all is well. It's now running more or less as well as it ever has. Some of the new animations, like opening a folder, are not entirely smooth but at least it doesn't take 10 seconds to respond.

Hope this might help someone who is probably ready to throw their phone against a wall!

iOS 4, Apple has not diminished one year for each cycle of mobile operating system upgrade. If 2007 was the integration of user interface Multi-Touch 2008, everyone in the App Store, and 2009 has been filled in the list of features, then iOS 4 promises to be ... well, that's why we're here.